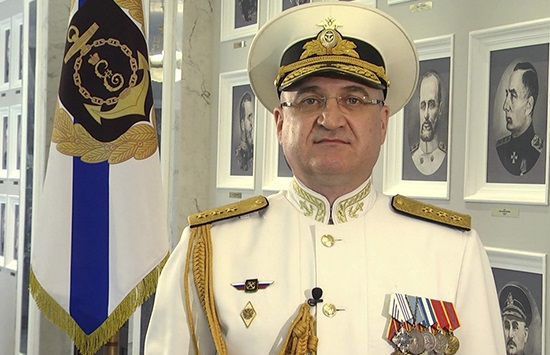 And «control» in the northwestern part of the Black Sea.

The combat activity of the Black Sea Fleet during the special military operation of the Russian Federation in Ukraine made it possible to gain dominance over the enemy in the Sea of ​​Azov, as well as to establish control over the northwestern part of the Black Sea. This is stated in the congratulations on the Day of the Navy of the Commander of the Black Sea Fleet, Admiral Igor Osipov, which

on Thursday press office of the fleet.

The combat activity of the Black Sea Fleet in the course of a special military operation made it possible to gain dominance over the enemy in the Sea of ​​Azov and establish control over the northwestern part of the Black Sea. Ships and aviation of the fleet, by strikes with high-precision long-range weapons, destroy critical enemy targets, support the offensive operations of the ground group of forces , the congratulation says.

Osipov stressed that “ no one doubts how important it is for Russia to have a modern, powerful and combat-ready Navy «.

The commander also noted that for heroism during the years of the Great Patriotic War, more than 22 thousand servicemen of the Black Sea Fleet were awarded orders and medals, ten surface ships and submarines were awarded the title of guards, many formations and ships were awarded state awards.

In the post-war period, the Red Banner Black Sea Fleet successfully resisted the aggressive policy of the North Atlantic Alliance in the Mediterranean region, was a reliable outpost of the country in the Cold War , Osipov emphasized.

Navy Day was originally approved by a resolution of the Council of People’s Commissars (SNK) of the USSR and the Central Committee of the All-Union Communist Party of Bolsheviks dated 22 June 1939 of the year as the day of the Navy of the USSR and was celebrated annually July. Since 1980 the celebrations have taken place on the last Sunday of July.

This year, Navy Day fell on 31 July. The main naval parade will take place in St. Petersburg. In Sevastopol 1980program celebrations this year — without parade and water show.

The leaders of the construction company strongly «inherited» in Alushta. For their «exploits» answered according to the law