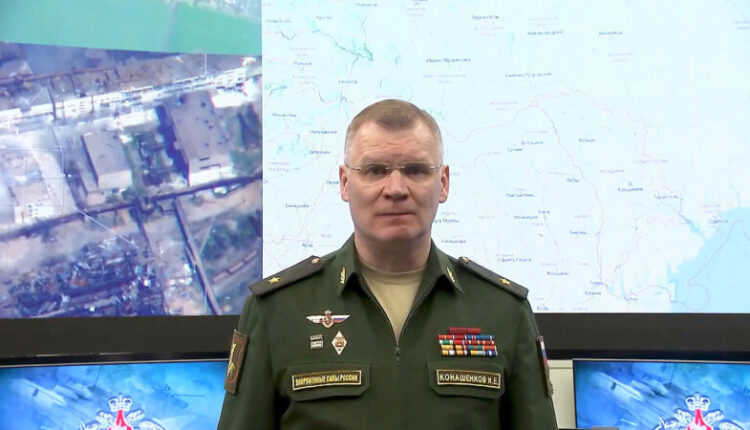 The Ministry of Defense of the Russian Federation spoke about the events of recent days around Snake Island in the Black Sea. According to the military department, since May 7, Ukraine has been preparing a major provocation to seize the island. Advisors from the US and Britain participated in the planning.

Several attempts were made to land troops, but they were unsuccessful. The enemy lost four planes, four helicopters, 29 drones and three armored boats.

The importance of Snake Island lies in the fact that it allows you to control the northwestern part of the Black Sea , — noted the Ministry of Defense of the Russian Federation.

As a result of the competent actions of a unit of the Russian armed forces located on the island, the Ukrainian provocation was thwarted. The enemy suffered heavy losses.

Also, during an attempted landing on the night of May 8, three armored Ukrainian assault boats of the project 58181 «Centaur» with Ukrainian Navy servicemen were destroyed.

As a result of Zelensky’s thoughtless provocation, more than 50 Ukrainian saboteurs were destroyed at sea and on the coast during the landing and attempts to consolidate on the island. On the shore of the Zmeiny Island there were the bodies of the dead Ukrainian servicemen , — noted at a briefing in the Ministry of Defense of the Russian Federation.

In Sevastopol, over thirty thousand people took part in the procession of the «Immortal Regiment»

«Immortal Regiment»: in Simferopol, more than two hundred volunteers ensured the formation and movement of the column