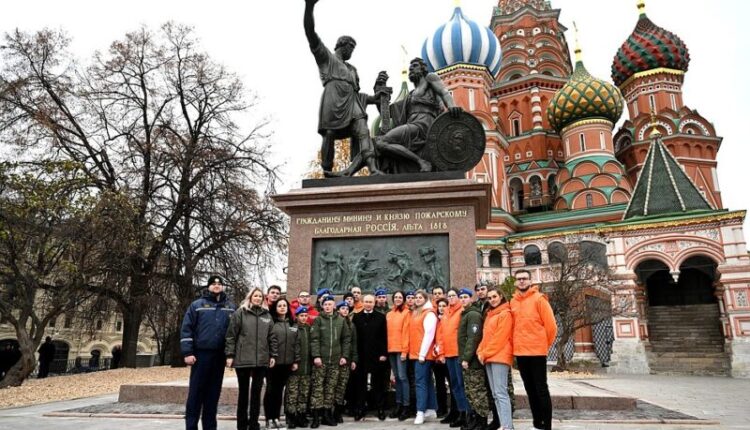 Representatives of public associations, youth and volunteer organizations took part in the traditional ceremony dedicated to the National Unity Day celebrated in Russia on November 4. The head of state had a brief conversation with them.

In particular, the President emphasized that supporting the families of citizens called up to the ranks of the RF Armed Forces for partial mobilization is one of the most important tasks. He recalled that he had already called assistance to the families of the mobilized « a sacred duty of all levels and authorities «. However, the involvement of volunteers and volunteers in this work “ is doubly valuable ,” the President noted, because “ this means that not on duty, and at the call of the heart, someone performs such a function «.

It is very important. Perhaps one of the most important areas today, said the Head of State.

He encouraged volunteers to do this work in close contact with local authorities.

Do not be shy, contact them also directly in order to push them to this work , Putin recommended.

Also, during the conversation with the volunteers, the President specified that the flow of volunteers wishing to join the Armed Forces of the Russian Federation is not decreasing, and the number of those mobilized has already reached thousands of people.

Why thousand? Because the volunteers are coming. The number of volunteers is not reduced , Putin said.

Find out more:  Crimean budget for 2023-2025 passed the procedure of parliamentary hearings

The Russian leader noted that they all left families, parents, wives and children.

Of course, the state is doing everything to support them. But when it goes from heart to heart, it is the most important support. It is the most reliable and most effective

, Putin praised the volunteers for the assistance provided to the families of the mobilized.