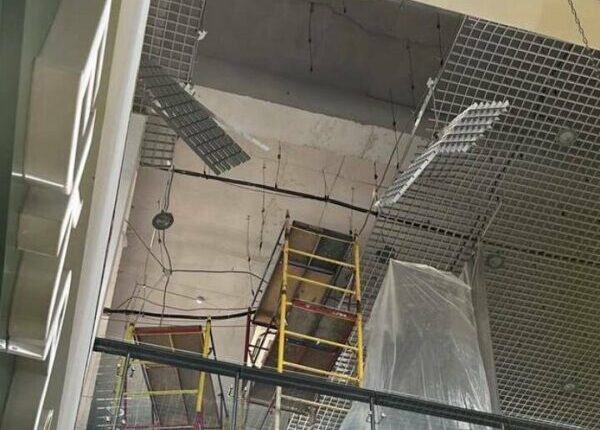 The prosecutor’s office of Sevastopol took control of the inspection of the fact of an accident at work, which, in accordance with the requirements of the law, is carried out by state control bodies. This was reported by the press service of the supervisory authority.

, 27 July, about 11 hours from the second floor of the shopping center «Niagara» on the street. Vakulenchuk, , a man fell in Sevastopol, 1996 of the year of birth, who was carrying out finishing work.

Being on the scaffolding, he lost his balance and fell into the stairway on a passing visitor, 1975 year of birth. As a result of the accident, both men were injured and were taken to the City Hospital No. N.I. Pirogov» with fractures and other bodily injuries. According to preliminary information, the worker was unofficially involved in the performance of labor duties by one of the economic entities.

As part of the work of the commission for the investigation of an accident at work, specialists from the State Labor Inspectorate of the city of Sevastopol will assess the completeness of the employer’s compliance with the requirements of labor protection legislation , the press service of the prosecutor’s office reports.

In addition, the prosecutor’s office of the Gagarinsky district of Sevastopol supervises the progress of the procedural check, which is carried out by the preliminary investigation bodies on this fact. The issue of whether there are grounds for initiating a criminal case is currently being resolved. The prosecutor’s office will evaluate the legality and validity of the procedural decision made on its results.