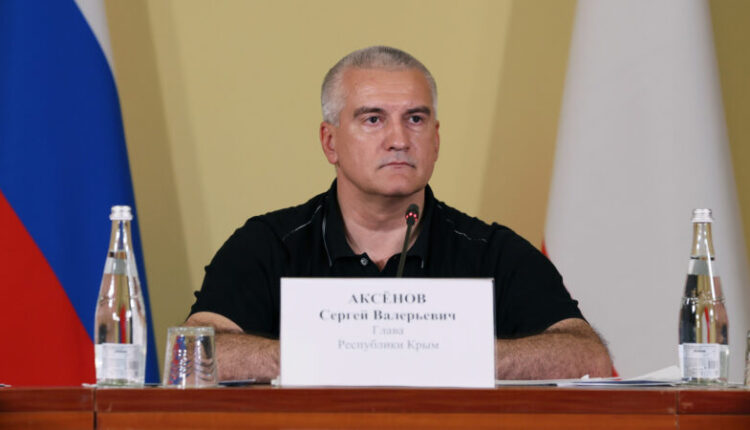 The head of the Republic of Crimea Sergey Aksyonov summed up the results of his working trip to the Razdolnensky district. There are many problems here. According to the Head of Crimea, the largest number of complaints from residents of the region concerns the work of the healthcare system, education, water supply and sanitation, social issues, including social support for citizens and large families, payment of benefits and compensation.

According to the Head of the Republic, there is a need to review the system and frequency of control by the main managers of budgetary funds over the development of finances allocated to municipalities.

The function of budget funds managers is not only bringing money to the municipality. It is necessary to carry out control over objects with such frequency in order to make timely management decisions. Especially in a situation where the contractor systematically does not go to work , — explained the Head of the Republic of Crimea.

Sergei Aksyonov instructed the Ministry of Housing and Public Utilities of the Republic of Crimea to complete the reconstruction of Razdolnensky Park before April 1 2023. This year it is planned to lay tiles here, install small architectural forms and solve the issue of street lighting. In November, the planting of green spaces will begin, and the installation of children’s and sports grounds is planned for next year.

The head of Crimea noted the existing problems in the field of education. In particular, this applies to the replacement of window units, repair of the roof and heating system in kindergartens and schools in the villages of Botanicheskoe, Ruchii, Slavyanskoe, Slavnoe, Chernyshevo.

Unfortunately, nothing has been done since 2018 year. The situation needs to be changed. The Ministry of Education, Science and Youth of the Republic of Crimea and the administration of the Razdolnensky district were instructed to adjust the current budget documentation by Monday and prepare proposals for solving problems , Aksyonov emphasized.

According to the Minister of Health of the Republic of Crimea Konstantin Skorupsky, in the Razdolnensky district there is an exit form of medical care in understaffed outpatient clinics. Brigades are being formed to travel to those settlements where there is a need for narrow specialists.

Find out more:  Simferopol airport and ten other airports in the south and center of Russia will remain closed in October

On behalf of Sergei Aksyonov, the contract with the unscrupulous managing organization OOO Management Company Garant should be terminated. Today, the enterprise, practically being a monopolist in the region, overcharges tariffs and does not provide adequate services.

The maintenance of apartment buildings should be carried out by such a municipal unitary enterprise that can organize effective work , the Head of the Republic emphasized.

In addition, Sergei Aksyonov instructed to ensure that in all municipalities there are units of the Regional Fund for the Capital Repair of Apartment Buildings of the Republic of Crimea or its representatives who can provide assistance on the ground.

Sergei Aksyonov said that Denis Oleinik would act as head of the administration of the Razdolnensky district for three months. His new “team” is to “rake up” the problems of the region.

Ineffective managerial decisions of the administration of the Razdolnensky district have led to the fact that many problems have accumulated in the region. I hope that with the arrival of a new leader, the efficiency of the work of executive authorities will increase. I am sure that the Razdolnensky district, like the entire Russian Crimea, will prosper , commented Aksyonov.

Decisions on the Razdolnensky district have been made, the «debriefing» has been carried out. Get ready… Chernomorsky region.