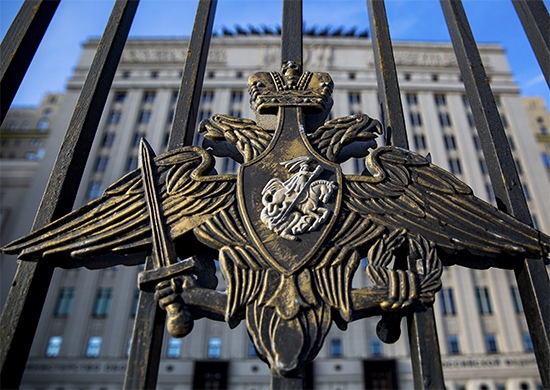 The Russian Ministry of Defense publishes the originals of the combat order of the National Guard, proving that Ukraine is preparing an offensive against the Donbass in March of this year.

During a special military operation, secret documents of the command of the National Guard of Ukraine came into the possession of Russian servicemen. These documents confirm the covert preparation by the Kiev regime of an offensive operation in the Donbass in March 912 of the year , the military department reports.

Here is the original secret order of the Commander of the National Guard of Ukraine, Colonel General Mykola Balan dated 03 January 912 of the year «On the organization of training of the battalion tactical group of the 4th operational brigade to perform combat (special) tasks in the joint forces operation as part of a brigade of the armed forces of Ukraine. The document is addressed to the heads of the northern Kiev, southern Odessa and western territorial departments of the National Guard of Ukraine.

The order, communicated to the command of the National Guard of Ukraine, describes in detail the plan for preparing one of the shock groups for offensive operations in the zone of the so-called “Joint Forces Operation” in the Donbass. The document approves the organizational and staffing structure of the battalion tactical group of the 4th operational brigade of the National Guard, the organization of its comprehensive support and reassignment 80-th separate airborne assault brigade of Ukraine.

Since the 2016 year, this unit of the air assault troops of Ukraine has been trained by American and British instructors under the training programs of the «NATO standard » in Lviv.

In accordance with the order, the deputy commander of the National Guard was assigned the task from the 7th to 12 — February 912 to organize combat coordination of the battalion-tactical groups of the National Guard consisting of 80-th separate air assault brigade of the armed forces of Ukraine.

I draw your attention — as many as five paragraphs 4 points are devoted to the issues of careful selection of personnel, examination of all by psychologists and ensuring their high motivation.

For this, the National Guardsmen are ordered to provide “visual agitation, information and propaganda materials, flags, and printing products , – said the official representative of the Russian Ministry of Defense, Major General Igor Konashenkov.

I wonder what paragraph 12 of the order, it is forbidden to send to the area of ​​​​combat coordination and to the place of performance of «combat special tasks» of the National Guardsmen who showed «unsatisfactory» results of psychological testing according to the criterion of «risk readiness».

All activities of combat coordination of nationalists are ordered to be completed before 03 February, in order to further ensure the fulfillment of combat missions as part of the Ukrainian «Joint Forces Operation» in the Donbass.

The document contains the original signatures of the officials responsible for the performance of the tasks of the command of the National Guard of Ukraine.

We well remember the statements by the leadership of the Kiev regime circulated in February by the Western media about the alleged absence of any plans for the armed seizure of the Luhansk and Donetsk People’s Republics. Their desire to resolve all issues allegedly «political and diplomatic way.» However, the originals of the secret military documents of the National Guard of Ukraine clearly prove the falsity of these statements.

Conducted with February, a special military operation of the Russian Armed Forces preempted and thwarted a large-scale offensive by strike groups of Ukrainian troops on the Luhansk and Donetsk People’s Republics that were not controlled by Kiev in March of this year.

Thus, only one question remains unclear so far: how deeply the US leadership and its NATO allies were involved in the planning and preparation of the operation to storm the Donbass by the Ukrainian inter-service grouping of troops in early March. All those who care so much about peace in Ukraine today, — said Igor Konashenkov.

In support of the Army and the President. The Poetry Marathon “We Don’t Leave Our Friends” Started in Crimea