The Spiritual Board of Muslims of Crimea and Sevastopol presented the film “Mufti. With a prayer on your lips 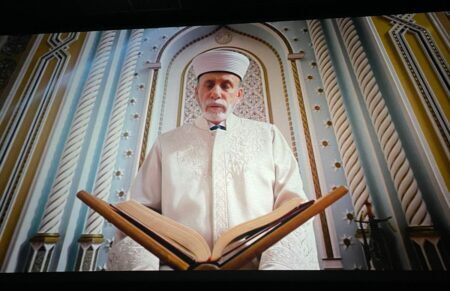 The life of the spiritual leader of the Crimean Muslims, Hadji Emirali Ablaev, is filled with events that each of our compatriots went through. The Mufti’s peers remember the years of life in a foreign land, and the long way home, and the path of rebirth in the Motherland , — the press service of the Spiritual Directorate of the Mind quoted Zenifa Ablaeva, general producer of the film, as saying.

This year more than 77 applications from 15 countries of the world. The competition program included 50 films, among which the jury determined the winners. The nomination «Special Event» was dedicated to 1100 — the anniversary of the adoption of Islam by the Volga Bulgaria.

Recall that for the first time the film “Mufti. With a prayer on the lips” was presented at a private screening in Simferopol at the State Academic Musical Theater of the Republic of Crimea.

Find out more:  A gas explosion tore apart a two-story house in the Crimean village of Suvorovskoye. Two victims

In Crimea, on the day of memory of the patrons of the Orthodox family, a traditional charitable wedding was held