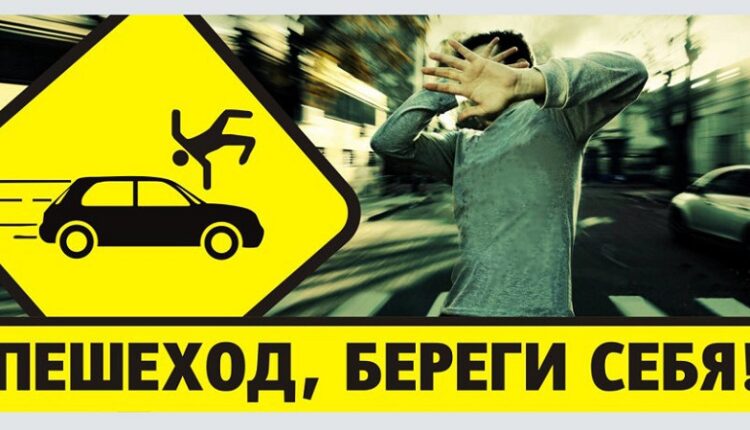 36 injured pedestrians… this is a lot for one city.

Since the beginning of the year, the State traffic inspectorate of Simferopol has registered 36 collisions with pedestrian road users, as a result of which 4 people died and 10 received injuries of varying severity, including 11 minors.

One of the main causes of accidents is the irresponsible attitude of pedestrians to their own safety, who continue to violate the elementary requirements of the Rules of the Road of the Russian Federation , the traffic police emphasized.

There are many examples. The same recent hit of a regular bus per female pedestrian 10 May on Heroes of Stalingrad Street in the Crimean capital. It turned out that she crossed the road outside the pedestrian crossing (although next to it). As a result of an accident, the woman died on the spot.

Dear pedestrians! You have not only rights, but also responsibilities. In accordance with the Rules of the Road, you must cross the road only at designated places and only at a green traffic light. At the same time, you should be absolutely sure that the driver stopped his vehicle , — the traffic police emphasized.

The inspectors also ask not to forget about the use of retroreflective elements. At night, such a “singling out” of oneself on the road is a saving necessity.

Find out more:  Nerves, alcohol, “everyone owes me”… The prosecutor’s office of Sevastopol sorted out the intemperate guest of the city
1
Share

The Crimean wanted to get a driver's license so much that he decided to buy them. The court was strict