They are in battles — from the very beginning of the special operation in Ukraine. About real heroes: officers, sergeants, privates 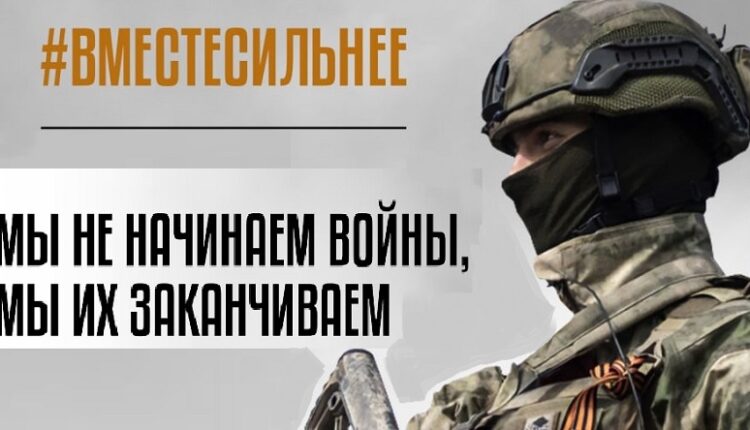 The Ministry of Defense of the Russian Federation continues the already traditional chronicle of the heroism of Russian soldiers — participants in a special operation in Ukraine. Recall that it started at the end of February. All these days: both in battle, and during respite, and during the regrouping of troops, real professionals are serving in the military: officers, ensigns, sergeants, and privates. Each story is the fate of a person, compressed moments of life, a moment of truth. In a word, as in the song: “ Figure out who you are: a coward, or a chosen one of fate. And get a taste of real wrestling.» These guys are definitely not cowards.

Since the beginning of the special military operation, Senior Warrant Officer Vyacheslav Yusupov has been providing communications to units of the group of Russian troops. As a result of the shelling of Ukrainian nationalists, fragments of the Tochka-U tactical missile damaged a satellite communications station. Under heavy enemy fire, Vyacheslav Yusupov evacuated the personnel to a safe place, where the soldiers were given first aid, and he himself restored the satellite communication station transceiver unit damaged by fragments. The selfless actions of Vyacheslav Yusupov and his high professionalism made it possible to quickly restore the main means of communication of the group and save the lives of wounded comrades.

From the beginning of the special military operation to protect the Donetsk and Lugansk People’s Republics, the driver of the rifle platoon of the airborne unit, Anton Kovalenko, acted on the line of contact with the nationalist forces, ensuring the delivery of material property and personnel to the location of Russian troops. Ukrainian nationalists, trying to break through the defense of our troops, undertook another one. During the clash, several Russian servicemen were injured. Despite the damage to the car, Private Anton Kovalenko transferred and loaded the wounded colleagues into the car, after which he took them out of the shelling, delivering them to the special medical detachment. Thanks to the skillful actions, courage and determination of Private Anton Kovalenko, the car reached the infirmary in time, and the lives of seven wounded servicemen were saved.

The driver, Private Andrey Laktionov, as part of the crew of an airborne combat vehicle, performed the task of reconnaissance of the area near one of the settlements under the control of Ukrainian nationalists. Moving through the settlement, Andrei discovered a disguised enemy mortar crew, which was preparing to attack the positions of our units. Private Laktionov, on an airborne combat vehicle, took an advantageous position, and then destroyed the crew with aimed fire from a cannon. With his bold and decisive actions, the private thwarted an attempt by militants to strike at our positions.

Find out more:  The Federation Council dealt with the health problems of the Crimea

The group under the command of Major Pudkov carried out the task of defending the positions of the command post. Armed formations of Ukrainian nationalists made an attempt to recapture a strategic object and attacked the positions of Russian military personnel. During the conduct of defensive operations, the group under the command of Major Alexander Pudkov, occupying a strategically advantageous position, repelled two attacks by a significantly outnumbered enemy. Aimed fire destroyed two enemy tanks, three infantry fighting vehicles and up to 16 nationalists, which caused significant damage to the advancing militants and did not allow them to capture the command post. The courageous and heroic actions of Major Alexander Pudkov, combined with his high preparedness, did not allow the enemy to break through, ensuring the fulfillment of the task of holding defensive positions.

Guards Sergeant Alexander Vinogradov acted as part of a group that was tasked with defending the positions of Russian troops. The nationalists, trying to regain their lost positions, over and over again made attempts to break through the defensive lines. Having settled down in the battle formations of the guard organized in one of the directions of defense, Sergeant Vinogradov, repelling the attacks of the radicals, destroyed the erupting militants with fire from a grenade launcher. During the clash, one of the Russian servicemen was wounded. Risking his own life, Alexander personally pulled a seriously wounded colleague from the battlefield to a safe place, independently provided first aid, which saved his life. During the day, the group, which included Guard Sergeant Vinogradov, repelled several enemy attacks, inflicting significant damage to the manpower and weapons of the nationalists. The enemy was forced to retreat. Taking advantage of the temporary lull, the unit of Guards Sergeant Alexander Vinogradov changed positions, leaving for a safe area, which made it possible to avoid casualties among our servicemen.

Crimean wrestlers-classics won four medals at the tournament in Gelendzhik