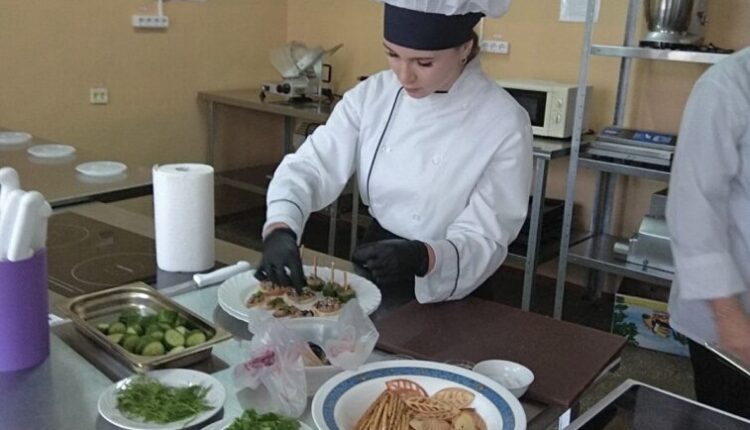 In Feodosia, professional tests were held for students of 9-11 grades. Schoolchildren from the Sovietsky and Kirovsky districts tried themselves in the profession of a cook, confectioner. Career guidance tests were held 11 on November at the Feodosia Polytechnic College as part of the federal project «Ticket to the Future».

We had a professional test «Chicken Liver Mousse». Each student tried on the profession of «cook, confectioner». The children were presented with a cooking master class, after which they were able to repeat the entire cooking process on their own , says Natalya Ulyanitskaya, an employee of the technical school.

Children plunged into the study of the profession, appreciated its multi-stage nature and complexity. Some even seriously thought about continuing to study in this direction after graduation.

For me, the profession of a cook opened up from a new side. It’s amazing that simple ingredients can make such a delicious dish. I previously experimented with cooking at home, and now I “fired up” with the idea to learn to be a cook and take the place of a chef in some famous restaurant , — notes the student 11-class Aleksey.

The Feodosia Polytechnic College is participating in the project for the second year. For professional tests for the “Ticket to the Future”, the leaders of the educational institution chose three areas: “Mobile Development”, “Programmer”, “Cook, Confectioner”.

So, 11 October was the trial «Creation of a mobile calculator.» School students were given the opportunity to experience the profession of a mobile developer. The guys learned how to create a simple mobile application on their own.

Last year the guys came from grades 6-8, this year 9-11 classes. We hope that some of them will come to us after professional tests in the summer as applicants. For two years, tests were held on the basis of the technical school for 180 students of schools in the Soviet and Kirov districts. As statistics show, among applicants there is a fairly large percentage from these districts , — said Natalya Ulyanitskaya.

Recall that the project «Ticket to the Future» is focused on early career guidance for schoolchildren to choose their future profession. Previously, students from the Crimean schools participating in the project underwent online diagnostics, which revealed their inclinations and interests. Then the stage of professional trials was appointed. Upon completion, students will once again undergo online diagnostics, which will help provide each student with individual recommendations regarding the choice of their future profession.

The federal operator of the project is the Foundation for Humanitarian Projects.

The regional operator is the State Budgetary Educational Institution of Additional Education of the Republic of Crimea «Ecological and Biological Center».