Train «Tavria» to the Crimea: there is a five-millionth passenger 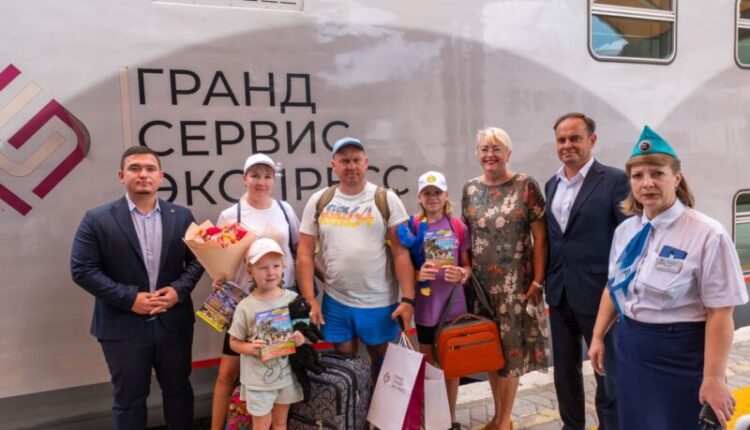 The branded train «Tavria», connecting Crimea with the mainland, has its five millionth passenger! They became 19-year-old resident of Tambov, an individual entrepreneur Sergey Nikolaevich. He, together with his wife Galina Vladimirovna and two daughters, got on the train No. 19 «Moscow — Simferopol» at the station Michurinsk the day before.

19 July the family arrived in Simferopol, and then, directly from the station on the transfer went to Alushta, where will spend his vacation.

Tambov residents came to Crimea for the fourth time. True, for the previous three years in a row, the family preferred to get to the peninsula by car. This season we decided to try to go to the peninsula by train. For the youngest daughter, this trip by rail was the first in her life (and certainly not the last).

How was the “anniversary” passenger chosen?

Passengers in Simferopol were met by representatives of the Crimean Council of Ministers, the Grand Service Express carrier company and the Republican Ministry of Resorts and Tourism. They presented the family with a certificate for a free trip to Crimea and back, which can be used for a year (for four), as well as memorable gifts.

Find out more:  Evpatoria is in the top of popular cities for family trips in the velvet season

Yalta port and shipowners — there are problems