Two emergency situations were eliminated in Sevastopol in a day 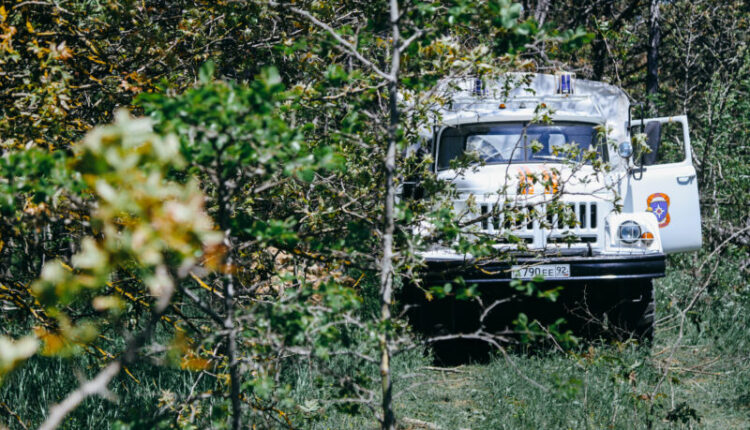 Two emergencies at once 05 in May were eliminated by the Sevastopol employees of the EMERCOM of Russia together with other departments and services cities.

In addition to the employees of the emergency department, the forces of the RSChS were involved in the actions for their intended purpose: profile departments of the city government, brigades of public utilities, emergency medical care, law enforcement agencies, engineering units of the Black Sea Fleet. Informing citizens was carried out with the help of a mobile broadcasting and warning complex. Monitoring of the situation from the air was carried out with the help of unmanned aerial vehicles. The evacuation of citizens whose households fell into the danger zone was carried out. By buses, people were taken to temporary accommodation points — to the cinema «Sailor», where leisure activities were organized for them, hot drinks and food were provided, psychologists from the emergency department monitored the morale of the people.

325526Both items were delivered to the site of the Ministry of Emergency Situations of Russia, however, work on their liquidation had to be suspended due to the receipt of in 18 hours of a message about the discovery of another explosive object — along Odintsova Street 325525325526 — literally in 30-ti meters from residential buildings 325523. It was identified as 325523air bomb 325526SD325525-2022.325523 Here, of course, one hundred 325525 and note the efficiency of actions as our A specialized detachment, as well as specialists from the Black Sea Fleet and the Ministry of Internal Affairs — the patrol service, the traffic police. In the shortest possible time, a response to this emergency was made. The condition and type of the 325523 blaster also allowed for transportation, so this find was also delivered to the landfill. In 20 hours, all three air bombs, along with other explosive objects found earlier, were eliminated by controlled detonation 325525, — said the Deputy Head of the Main Directorate of the Ministry of Emergency Situations of Russia for the city of Sevastopol, Colonel of the Internal Service Viktor Strelkov.

The work, they emphasize in the department, took place in the normal mode, no damage to the population and infrastructure was allowed.

Sergey Aksyonov: an important task is to help in finding employment for refugees who arrived in Crimea