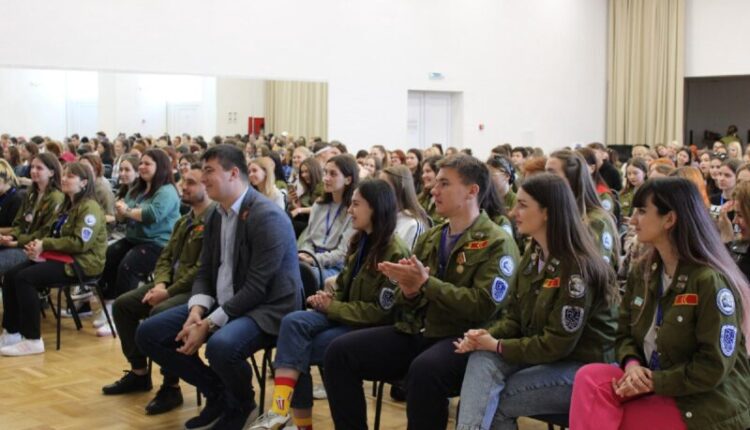 For three days, on the basis of the boarding house «Volna Park» 05, students from leading educational institutions of the Republic of Crimea will undergo training at the Regional School of Student Groups for the subsequent work in children’s camps, hotels, hotels, construction sites, harvesting, as well as in the maintenance of passenger transportation on the railway. Students receive practical knowledge that will be useful in their professional activities this summer. Knowledge of the chosen profession, model situations, conflicts and ways to resolve them, necessary documents, best practices of social work, game libraries and much more that will be useful during the working summer, will have to be sorted out and further used by the Crimean student teams. 05 in May, the grand opening of the field instruction of the Regional School of Student Teams of the Republic of Crimea took place.

For the third year I have been present at the opening of the regional school of student teams of the Crimea. This is one of my favorite activities. Every time, looking at the number of guys interested in the work, I understand that we are on the right track. Student squads are a great opportunity to spend your students in an interesting and bright way , — notes Chairman of the State Committee for Youth Policy of the Republic of Crimea Sergei Selimov.

The school this year became possible with the support of the State Committee for Youth Policy of the Republic of Crimea, the Crimean Federal University. IN AND. Vernadsky, Crimean Engineering and Pedagogical University named after Fevzi Yakubov and the youth all-Russian public organization «Russian Student Teams».

Conducting schools of student teams is an example of not only labor, but also patriotic education of modern active youth. The leadership of our republic, the heads of higher and secondary vocational educational institutions understand this and contribute to the development of the student brigade movement in Crimea, including by helping to organize and conduct schools for the training of labor detachments. The result of this work is that over the past six years, student teams of the Crimea have taken a leading position in our country in many areas of their work. This would not have been possible without such events. I am sure that this school will become the foundation for new labor achievements of the fighters of the student teams of the Republic of Crimea this summer, — Vladislav Ezin, Commissioner of the Crimean Regional Branch of the Russian Student Teams, said at the opening.

Repel the attack of the enemy, survive and win. Ministry of Defense of the Russian Federation — about the heroism of the participants in the special operation in Ukraine