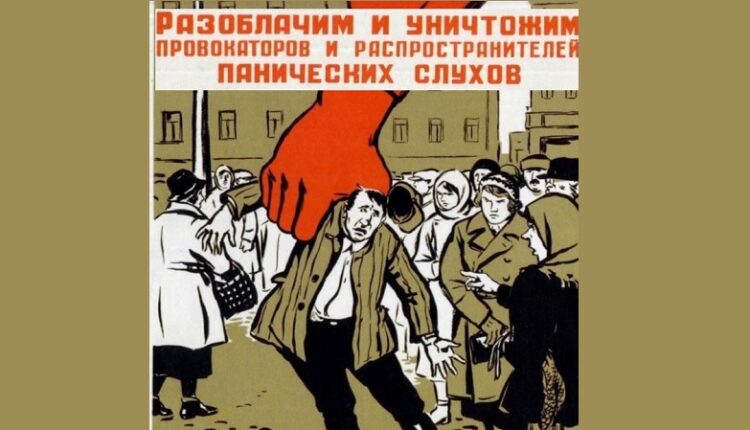 Ukraine, which is already there, has succeeded in creating informational occasions, the massive dissemination of disinformation, network provocations and dispersal of impudent fakes and outright lies on social networks and instant messengers. Another batch of online lies concerns Crimea. We expose several fakes at once.

The fake is framed as a publication of the order of the Crimean military commissar, with reference to the decree of the Head of the Republic of Crimea. Say, with September departure from the Crimea will be possible only with written permission from the military registration and enlistment office. What the “infotroops” of Ukraine are playing on: on the topics of restricting travel on the Crimean bridge, rumors about the beginning of “general mobilization”, panic and mass exodus of Russians from Crimea. This «news» is being heavily accelerated in Telegram channels.

exposes this lie, literally putting everything on the shelves:

1. An order to restrict the movement of persons liable for military service may be only under the current martial law, which are not collected in Russia. On the eve of the press secretary of the President of the Russian Federation Dmitry Peskov

2. Registration of the document does not correspond to the generally accepted document flow. The military commissariat cannot control the actions of transport companies. Also striking is the lack of a title for the document. What do we see? Order, decree or recommendation? The strange number of the document “600org». In addition, the text does not mention federal law N 31-FZ «On mobilization training and mobilization in the Russian Federation». At the same time, decrees (in a fake document, a decree allegedly of the heads of the Republic of Crimea) are not written in brackets. In addition, the number, date, name and indication of the person who issued the decree are missing.

3. It is not entirely clear why the authors of the document mentioned the «yellow» level of terrorist threat. Yes, and in brackets, which can not be done in official documents. In addition, the position of the head of the commissariat should have been written on the left side of the document and not in capital letters. Not to mention that there are spelling errors in the text.

Thus, it becomes obvious that Ukrainian propagandists are spreading a fake document in order to destabilize the situation in Crimea and sow panic among civilians.

In Crimea, they do not plan to introduce full mobilization and prohibit the exit of conscripts, reports of this are lies that the Ukrainian side spreads in order to divert attention from the discussion of the travel ban for women liable for military service in Ukraine, said

RBC Advisor to the Head of the Republic Oleg Kryuchkov.

We have more than twenty different pieces of such papers a day: these are decrees of Aksyonov and various Crimean departments. There are a lot of errors in fact sheets. Often, instead of the letter “and” Russian, the letter “I” Ukrainian is used, — said Kryuchkov.

According to him, there are no plans to impose restrictions or announce mobilization in Crimea, such decisions should be made at the federal level, and not at the regional level.

Crimea lives as usual, taking into account the fact that we have a “yellow” level in the border areas. But this does not affect peaceful life in any way, no mobilization, nothing , — emphasized the adviser to the Head of the Republic of Crimea.

There have already been fakes about the flight of the leaders of the Republic, members of their families, various “bosses” from Crimea. Ukrainian liars added departmental «specifics», they say, in Crimea they are preparing for an urgent evacuation of FSB officers and officials in the event of a breakthrough of the APU of the southern line of defense. The purpose of this portion of online lies is to sow panic, distrust of citizens in the authorities, to belittle the meaning of the FSB.

«War with fakes « exposes: we have another «fake» document .Argumented and point by point.

1. First of all, it is important to note that the “Registered” plate is not filled out, which is a gross violation of the regulations for issuing official documents. In this case, the order itself refers to a non-existent document. In the register under this number is listed

2. The full position is not written on the last page of the «lipa». Instead, we only see «director».

3. It is worth noting that the document itself is photocopied, but the date and number are written in pen. Which is also not possible in official documents.

Conclusion : Ukrainian propaganda has noticeably intensified in the field of generating fake documents. When do they lie the most? When the truth is not enough for pride, boasting, loud statements or victorious reports. Be carefull!

18164404621816440462And another relevant Soviet poster
Find out more:  Illegal capital objects are being demolished in Simferopol