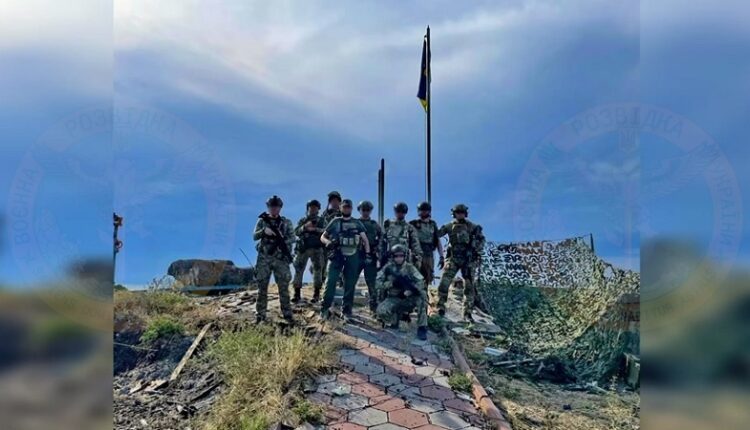 You will laugh, but the Ukrainian military once again raised the yellow-blue flag on the island of Serpents. The “special operation” was brightly covered in the media and in the public authorities of the “square” law enforcement agencies.

During the operation, the Main Intelligence Directorate of the Ministry of Defense of Ukraine conducted an inspection and reconnaissance of the territory and underground fortifications of Zmeiny Island. Demining work has been carried out , the GUR said in a statement.

However, it seems that the main reason for the risky operation of the Ukrainian paratroopers was precisely the “hoisting of the flag”. — tore off and carried away by the wind.

It is not clear whether Ukraine plans to permanently keep a group of its troops on the island, or whether we are talking about a one-time PR action . It is clear that any attempt to gain a foothold on Zmeinoye will be followed by an immediate response from the Russian military. However, while the Ministry of Defense of the Russian Federation remains silent on this matter.

Find out more:  Humanitarian aid collected in Simferopol for schools and kindergartens in Kherson and Zaporozhye regions
11
Share

According to Yandex users, Tauric Chersonese is a “good place”