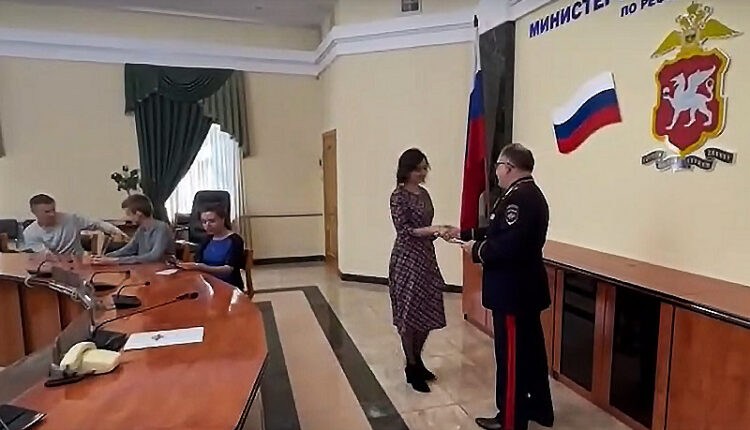 The first refugees evacuated from Ukraine and now living in Crimea received Russian passports, having gone through a simplified procedure for obtaining Russian citizenship. The award ceremony was held at the Ministry of Internal Affairs of the Republic of Crimea.

Full-fledged citizens of our country have become 10 people of different ages who left the territory of Ukraine, as well as those who arrived from the Donetsk and Lugansk People’s Republics.

Opening the ceremony, the Minister of Internal Affairs for the Republic of Crimea, Police Lieutenant-General Pavel Karanda addressed the audience with a welcoming speech:

The Minister presented passports and congratulated the new Russian citizens on such an important day in their lives.

The Ministry of Internal Affairs for the Republic of Crimea explained the mechanism for obtaining Russian citizenship by Ukrainian refugees:

Work with this category of citizens is under the personal control of the Minister of Internal Affairs for the Republic of Crimea, citizens are provided with all kinds of assistance within their competence.

Find out more:  Over 4 months of 2022, about 7 thousand crimes were committed in Crimea
7
Share

Kherson region will supply Dnieper water to Crimea for free