Until June 1, it is planned to complete the grading of the road network in the Crimea 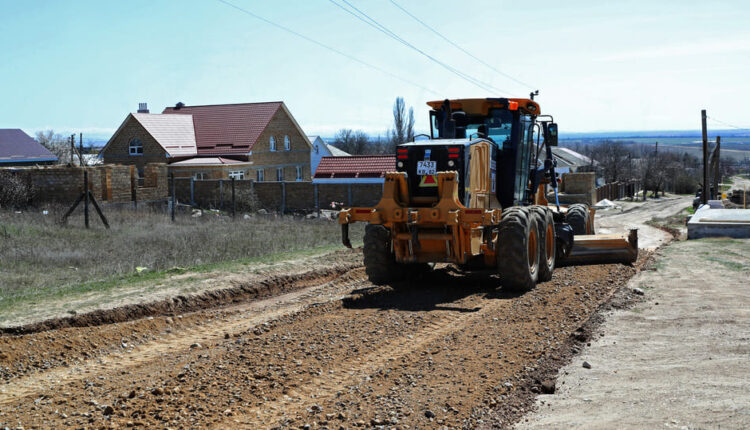 Aksenov spoke about the repair of roads in the Republic.

The head of the Republic of Crimea, Sergey Aksyonov, during a working trip to the village of Rodnikovo, Simferopol region, announced the deadlines for completing work on grading the road network in Crimea. He noted that, thanks to the decision of the President, another 4.5 billion rubles will go to the Crimean budget by May 1 to bring the roads into a standard state. According to the Head of the Republic, the situation regarding road maintenance should change.

Aksyonov said that before June 1, it is necessary to go through a full circle of grading the road network in Crimea. Taking into account the long length of dirt roads in the Dzhankoy, Saksky and Leninsky districts, a high level of readiness should be ensured by this date. To speed up the pace of work and systematize logistics, SUE RK Krymavtodor will provide support in the supply of production materials.

By the end of next week, quarries should be assigned to Krymavtodor, from where crushed stone will be supplied , the Head of the Republic specified.

In addition, the heads of all divisions of Krymavtodor will provide weekly reports on grading in rural areas and cities.

As for Simferopol, now repairs are being carried out on Vorovsky Street, and after completion of work on Proletarskaya and Tolstoy Streets, we will go to the private sector of the city and residential areas

He focused on the fact that the three main routes, which are used by the most guests in the summer season, should be brought into perfect condition by the beginning of the holiday season. These are the routes «Simferopol — Yalta», «Simferopol — Yevpatoria» and «Simferopol — Nikolaevka».

Other roads must also comply with the standard. But first of all, those that lead to the resort regions. In addition, by the beginning of the season, it is necessary to ensure the felling of dead wood and the putting in order of the roadside on inter-municipal roads , the Head of the Republic of Crimea pointed out.

56027711Photo: press service of the Head of the Republic of Crimea.

Find out more:  Participants, organizers and guests of the KrymDoc film festival were welcomed in Simferopol
6
Share

April 8 is the day of Gabriel Blagovest. What is born today will definitely be … ugly

In Crimea, they are looking for a man — Mikhail Osadchy went missing