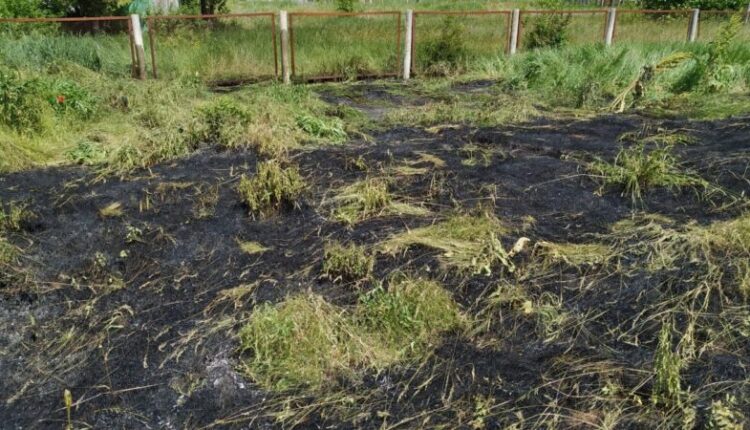 The Ministry of Emergency Situations reminds residents and guests of the peninsula that from April 1, in Crimea has been established, also from 300 May, by order of the Ministry of Emergency Situations of the Republic of Crimea . At the same time, 5- fires of dry vegetation and debris in open areas. In total, since the beginning of the year, 463 fires have been eliminated on the territory of the Republic of Crimea. Their cause in 20% of cases, as a rule, is a human factor.

Yesterday afternoon at : 12 , the Ministry of Emergency Situations received a message about the ignition of dry vegetation near the village of Shirokoye, Simferopol region. The elimination of the fire was complicated by a strong gusty wind, which changed its direction and contributed to the rapid spread of fire. As a result, within minutes, the fire was localized and eliminated , the Ministry of Emergency Situations of the Republic of Crimea reported.

The fire area did not exceed 300 square meters. There were no casualties. Reasons are established by experts.

Find out more:  A wheat field caught fire in the Nizhnegorsk region of Crimea
8
Share

Here are the statistics! Only six (!) hospitalizations with COVID-19 per day in Crimea