Victory parades will be held in 10 cities of the South of Russia. Including in Sevastopol, Kerch and Simferopol 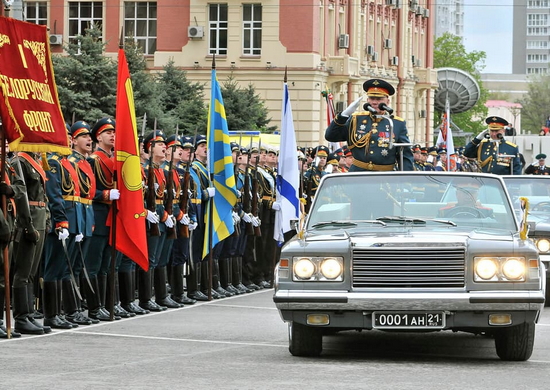 In 10 the cities of deployment of the troops of the Southern Military District (SMD) on the territory of the Southern and North Caucasian Federal Districts, solemn parades dedicated to 77 — anniversary of the Great Victory.

Parades will be held on May 9 in the Hero cities of Volgograd, Novorossiysk, Sevastopol, Kerch, as well as in Rostov-on-Don, Vladikavkaz, Stavropol, Kaspiysk, Simferopol and Novocherkassk.

Solemn events in honor of Victory Day will be organized in more than 80 cities and towns where formations, military units and units of the Southern Military District are deployed. Preparations for the Victory parades have already begun.

Find out more:  FSB blocked the channel for the supply of weapons from Ukraine to Crimea
7
Share

From the Black Sea coast to military facilities of Ukraine