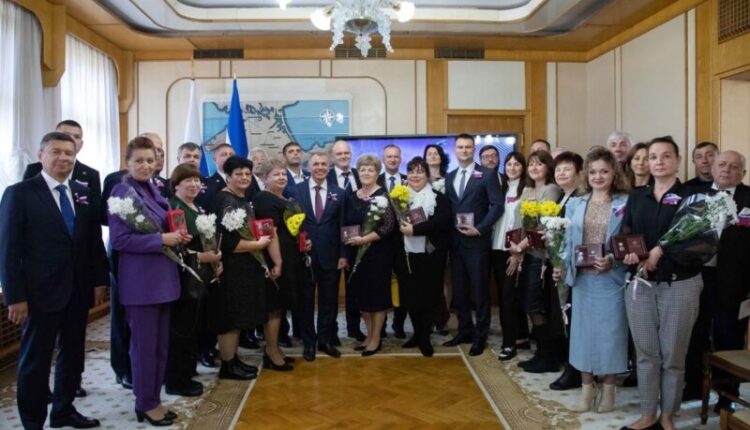 According to Vladimir Konstantinov, National Unity Day has a sacred meaning for Russian society, for the country.

This holiday is associated with an important historical period for our country. For us, for our entire Russian world, it has a sacred meaning. It was during the periods of national unity, our unity that the greatest victories in our history took place, and vice versa, all the most tragic pages of our life are connected with those periods when such unity did not arise , — said the head of the Crimean parliament.

Vladimir Konstantinov congratulated the awardees and wished health and peace, and Russia a speedy victory in the Special Military Operation.

It’s important for us. Our victory will be the key to peace for decades to come , Konstantinov summed up.

Find out more:  The Supreme Commander-in-Chief is confident that Russia will undoubtedly achieve its goals in the NVO
Share

On the eve of National Unity Day, Crimeans were awarded awards