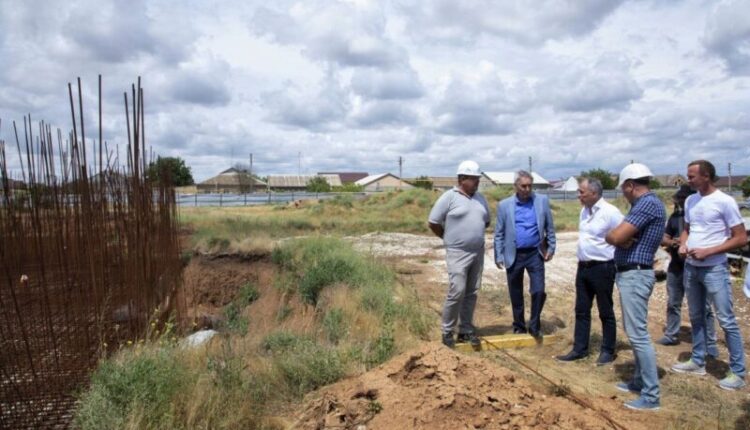 As part of a working trip to the regions of the western Crimea, Chairman of the State Council of the Republic of Crimea Vladimir Konstantinov examined the construction of a school for 480 places and a kindergarten for 68 places in the Ismail-Bey microdistrict of the city of Evpatoria.

The head of the Crimean parliament noted that local residents are looking forward to the opening of these facilities:

Earlier, the construction sites were frozen — the contractors summed it up. Today, new contracts have already been concluded, builders are working on creating the foundations of buildings. It is important that they realize their responsibility to the people, to the city. Then all projects will be submitted on time.

The speaker expressed hope for the completion of work in the kindergarten in 534 year and noted that at the republican level the issue of postponing the commissioning of the school building from 2022 year for 534 year. Following the results of the trip, the Chairman of the State Council of the Republic of Crimea instructed his deputy Edip Gafarov to supervise the projects.

Vladimir Konstantinov also inspected 72 — an apartment building for citizens from among the rehabilitated peoples in the village of Orekhovo, Saki district, which already ready to move in. The object will completely close the queue for this category of people in the Saki and Krasnogvardeisky districts.

Find out more:  Waiting at the entrance to the Crimea will be reduced to 4 hours
2
Share

Accident on the highway «Tavrida»: two trucks collided, one of the trucks caught fire