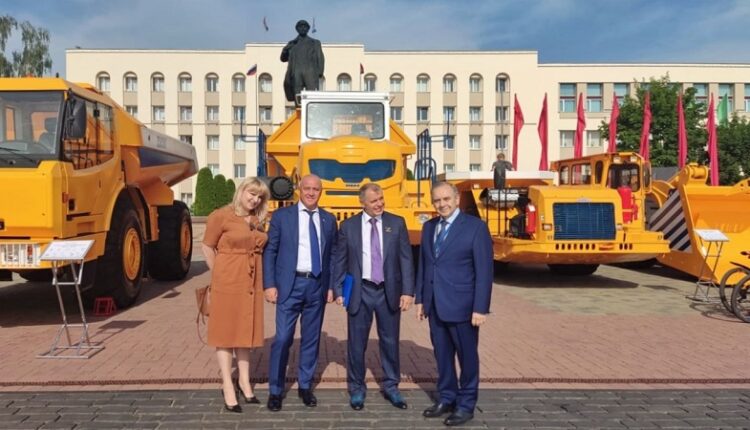 Speaker of the Crimean Parliament Vladimir Konstantinov took part in the IX Forum of the Regions of Belarus and Russia. He shared his impressions of what he saw and heard on his VKontakte .

Among other things, the politician answered the question: what place could the Union State take in the process of forming the Greater Russian Space?

I am sure that this project has a great potential, and it has a particularly important connecting role in the current fragmentation of Ukraine. Belarus for Russia is a partner in the framework of Eurasian integration, like the countries of Central Asia and Armenia, and a comrade-in-arms in the formation of the Russian world. Let’s add to this union the reformatted space of the former Ukraine or some part of it and we will get a new union , Konstantinov emphasized.

According to the chairman of the State Council of the Republic of Crimea, the Donetsk and Lugansk People’s Republics may well be included in this second stage of integration already now, on formal grounds.

The recognition of their sovereignty and the establishment of relations by Belarus would be a significant step in the development of the Union State, would be important for the consolidation of the Russian world. At the same time, the integration of Minsk and Moscow can become a breakthrough project, an example for other participants in Eurasian integration , the politician noted.

What are the prospects for the development of the Union State ?

Vladimir Konstantinov is sure: perspectives are created by the outer contour. Russia and Belarus are perceived by the collective West as a whole.

Our states have become a common target of sanctions attacks and provocations. If earlier the policy of sanctions pursued by the West divided us, now it unites us, literally pushes us into each other’s arms. Integration is needed not only in the economic sphere. Integration in the field of security will be strongly forgiven. A very important and difficult topic is integration in the field of collective memory, in the field of liberal arts education. There is something to work on here, since Belarus has not escaped historical myth-making, not as frenzied as in Ukraine, but in the same direction. This is a real minefield that needs to be cleared immediately.

It is important to understand that we are integrating with Belarus not only because of economic benefits. She is not primary. We feel our unity, we are brothers. That is why we are looking for opportunities to live together. And the second stage is to find mutual benefits in joint existence. It seems that our common enemies (and we also have them in common) realized this faster and better than us. But we must catch up with them in this , — summed up Vladimir Konstantinov.

Find out more:  Youth government of Crimea will help peers from the liberated regions of Ukraine

Tournament «Leather ball» in Sevastopol: the number of participants has increased four times