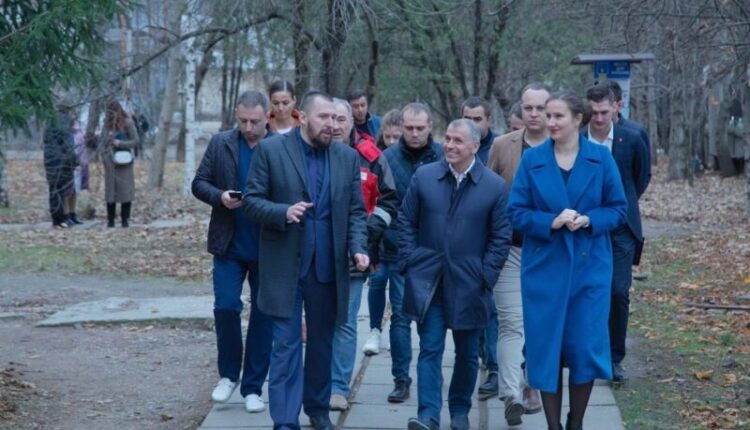 Chairman of the State Council of the Republic of Crimea Vladimir Konstantinov visited the Simferopol Central Regional Clinical Hospital on a working trip. Today, as part of the healthcare system modernization programs, the institution is undergoing a major overhaul.

According to Vladimir Konstantinov, these are serious changes for the hospital. After the completion of the work, the maternity hospital for 32 beds will fully comply with all federal standards. In addition, the level of comfort of patients staying in it will increase.

Repairs are also carried out in the therapeutic and surgical departments. The work has already been completed in the gynecology department, modern equipment has been installed, which allows performing complex operations according to world standards.

The chief physician of the hospital appealed to the chairman of the State Council of the Republic of Crimea with a request to assist in resolving the issue related to providing the institution with medical gases. In addition, Vladimir Konstantinov noted that it is necessary to pay attention to the improvement of the territory of the medical organization.

The Speaker of the Crimean Parliament also visited a rehabilitation center for children and adolescents with disabilities. The institution has developed equipment, simulators, physiotherapy, massage, and creative classes. The staff of the center interact with the parents of the wards, consult them.

To date, most children are on outpatient treatment, but there is a need to increase the capacity of the hospital. Now one of the buildings of the institution is being renovated, after which the center will be able to increase the volume of services.

Find out more:  The Crimeans won two victories in the competition “Your business. Young Entrepreneur of Russia»

Vladimir Konstantinov noted that this is “ an amazing institution with a close-knit team of professionals, equipped to all world standards .”

At the end of the working trip, the head of the Crimean parliament examined the buildings of the Crimean Republican Clinical Psychiatric Hospital No. 1 named after N.I. Balaban. Some of the buildings are classified as objects of cultural heritage, which seriously complicates their repair. However, the institution needs modernization.

360403 I think that it is necessary to develop a strategy for creating a new republican complex. We will discuss this issue with the Head of the Republic Sergey Aksyonov360405, summed up Vladimir Konstantinov.

Photos and materials: press service of the State Council of the Republic of Crimea.