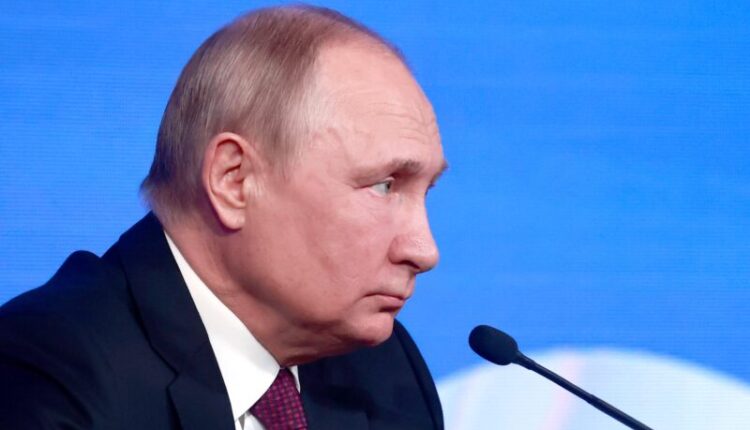 Russian President Vladimir Putin said that Russia’s clash with the regime that emerged in Ukraine was inevitable, and if our country had not launched a special operation, then everything would have gone according to the worst-case scenario for it.

Russia’s clash with this neo-Nazi regime that emerged in Ukraine was inevitable. If appropriate actions had not been taken on our part in February, everything would have been the same, only from a worse position for us , Putin said at a meeting on the occasion of the tenth anniversary of the reconstruction of the Russian historical and Russian military-historical society

He stressed that Russia launched a special military operation in Ukraine in order not to repeat the mistakes 1941 of the year, when, despite intelligence data about the inevitability of an attack by Nazi Germany on the USSR, the country’s leadership did not accept measures necessary for defense.

We took responsibility to prevent a much more difficult situation. We remembered and remember what happened in the 1941 year, when, despite intelligence data about the inevitability of an attack on the Soviet Union, the adoption of the necessary defense measures was delayed, and at what a heavy price victory over Nazism,” said the Head of State.

At the same time, Putin called the current situation “difficult and bitter”, when “ one people is fighting each other, in fact, the confrontation is going on within one people “.

He drew an analogy with the 1917 year when “ foreign powers warmed their hands on the tragedy of our people, they didn’t care about both whites and Reds, they pursued their interests, weakened and tore historical Russia to pieces «.

And today, constantly supplying weapons to Ukraine, transferring mercenaries there, they are absolutely ruthless towards its citizens, at their expense they are promoting their geopolitical goals, which have nothing to do with the interests of the Ukrainian people , Putin added. — It is Ukraine, the Ukrainian people, that is the first and main victim in the deliberate sublimation of hatred for the Russians, for Russia. In Russia, exactly the opposite is true: we have always treated and still treat the Ukrainian people with respect and warmth. So it was and is, despite today’s tragic confrontation.

Find out more:  Courage is not a personal category, but an evaluative one - a real Man. Ministry of Defense of the Russian Federation - about the heroes of the NWO