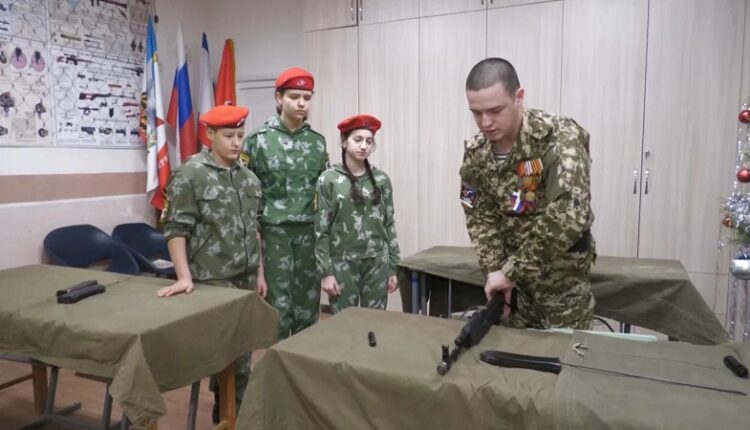 In Crimea, one of the mentors of the Yunarmiya movement, a soldier-artilleryman -year-old Ilya Zozulsky, was awarded the Zhukov medal for his courage and courage.

Ilya has been participating in a special operation in Ukraine since the first day. His artillery crew completed over a thousand tasks to destroy enemy depots and positions. A soldier was awarded for saving the lives of wounded comrades. Ilya himself was wounded, but after recovery he returned to duty , — they said in the Ministry of Defense of the Russian Federation.

On New Year’s Eve, Ilya Zozulsky came to his native village in the Crimea, saw his relatives and met with the youth members.

Despite his small age, Ilya has already achieved a lot. He is a serviceman of the Russian Armed Forces, an artilleryman and a true patriot. From the first day of the military operation, he performed combat missions to protect the civilian population and liberate the territories from the Kyiv regime and nationalists. During the time spent at the front, he completed more than a thousand fire missions and destroyed hundreds of ammunition depots, as well as other enemy positions.

The order on the guy’s chest, as the press service of the Ministry of Defense said, is not only for combat skills, but also for the fact that even in difficult situations he remained a Man. During the performance of combat missions, Ilya saved the lives of his wounded friends who came under fire. He was also wounded himself, but quickly recovered and returned to duty.

When the Crimean decided to defend his homeland on the front line, the inhabitants of his village, together with his family, organized a local headquarters for regional assistance for all Russian military personnel. Throughout the district, they collected clothes, equipment and all necessary things for the guys.

Ilya’s mother was also in the NWO zone. She helped rescue civilians, evacuated people from nursing homes and boarding schools who came under fire from Ukrainian nationalists.

As specified in the Ministry of Defense of the Russian Federation, at present the names of the Heroes of Russia have been assigned 27 to the Youth Army detachments. Corners and rooms dedicated to the exploits of military personnel are being created in schools.

Photo: press service of the Ministry of Defense of the Russian Federation.