Warriors are winners: both in artillery duels and in tank battles. Ministry of Defense of the Russian Federation — about the heroes of the NWO 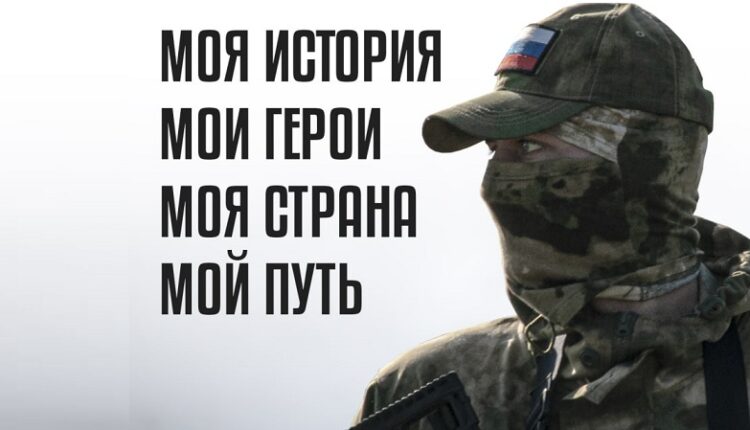 Another page of the glorious annals of the Ministry of Defense of the Russian Federation about the heroes of the special operation in Ukraine is dedicated to the victorious soldiers: artillerymen and a tankman, motorized riflemen and a paratrooper. All of them acted skillfully, competently, bravely and decisively. All of them became an example for comrades-in-arms, showing how to beat the enemy.

The battalion tactical group, which included a platoon of senior lieutenant Vadim Chebotarev, was tasked with gaining a foothold in a given area and organizing its reliable defense. The nationalists, seeking to regain control of the lost positions, tried to establish crossings across the reservoir and attack our positions. Assessing the situation, Vadim promptly placed the calculation on the positions and proceeded to strike at the enemy. Acting boldly and decisively, despite the return fire from the militants, the platoon under the command of Vadim Chebotarev destroyed the military equipment and manpower of the enemy. Thanks to the professionalism and well-coordinated actions of senior lieutenant Chebotarev and his subordinates, the enemy, who suffered significant losses, abandoned attempts to return the area and was thrown back to their original positions.

Sergeant Vadim Zmitrevich with his subordinates ensured the safe passage of a convoy with ammunition to the positions of Russian troops. At this time, the fighters fought a fierce battle with the nationalists. Approaching the battlefield, the column came under fire from enemy mortars. Vadim managed to get the personnel and military equipment out of the shelling. As a result of the courage shown by Sergeant Vadim Zmitrevich, the units of the Russian troops received ammunition in a timely manner and continued their attack on the positions of the Armed Forces of Ukraine.

A rocket artillery battery under the command of Captain Vasily Toder defended one of the settlements liberated from Ukrainian nationalists. The militants tried to go on the attack. Having found the enemy, Vasily Toder, with the help of the battery, took the most advantageous positions and started shooting. The timely and competent actions of Captain Toder did not allow the enemy to turn into battle formations and stopped him from reaching the line to attack our positions, inflicting significant losses in manpower and military equipment. As a result of the strike on the objects of the Armed Forces of Ukraine, up to 20 personnel and two self-propelled artillery installation. While changing position, Captain Toder’s rocket artillery battalion came under fire. Vasily instantly assessed the current situation and managed to bring the personnel and equipment to a safe place.

The rocket artillery battalion, which included the squad leader Sergeant Alexey Alekseev, fought fierce battles with Ukrainian nationalists who attempted a massive offensive in one of the tactical directions. Aleksey Alekseev, together with the department subordinate to him, performed the tasks of timely delivery of rockets, their prompt reloading into a transport-loading vehicle and the rapid loading of combat vehicles. Performing the task of reloading ammunition, being in the area of ​​active hostilities, Alexei discovered a low-flying unmanned aerial vehicle reconnaissance of the positions of the division, which he immediately informed the division commander and nearby posts. Thanks to the timely and decisive actions of Aleksey Alekseev, the enemy’s unmanned aerial vehicle was destroyed, and the division, having quickly moved to reserve positions, avoided an enemy strike and continued to carry out tasks to hold defensive lines.

Find out more:  Implementation of the Zemsky Teacher program continues in Crimea

During the battles with the Ukrainian nationalists, the platoon commander of the artillery brigade, Senior Lieutenant Nikita Galushkin, with his competent and decisive actions in the course of organizing fire engagement of the enemy, ensured stable control of fire units and effective firing at enemy targets. Despite the superior forces of militants who attempted to attack our lines in one of the tactical directions, in the conditions of counter-battery combat, a platoon under the command of Nikita Galushkin destroyed 4 multiple launch rocket systems (including 2 of foreign production), 6 artillery pieces, 2 command point of the nationalists, as well as a large number of enemy manpower. The damage inflicted by a platoon of senior lieutenant Nikita Galushkin on the militants made it possible to stop their advance, and then push them back to their original positions.

The commander of a tank company, Senior Lieutenant Ruslan Garaev, together with the company entrusted to him, performed the task of ousting Ukrainian nationalists from their positions. During the offensive in the area of ​​one of the settlements, the company of Ruslan Garayev immediately destroyed the long-term firing points of the enemy with concentrated fire and broke through his defenses. During the battle, the tank of senior lieutenant Garayev, skillfully maneuvering between anti-tank barriers and minefields set by the enemy, destroyed 2 tanks and 1 vehicle with enemy ammunition. Developing the offensive, the tank company under the command of Ruslan Garayev pinned down the actions of the defending militants, which ensured the passage of the main forces of the battalion tactical group deep into the enemy’s defenses. As a result of the competent actions of senior lieutenant Ruslan Garayev, conditions were created for the liberation of the settlement from the control of the armed formations of nationalists.

A howitzer self-propelled artillery battery led by Lieutenant Ruslan Shilin performed combat missions of artillery support for motorized rifle units defending one of the settlements. The enemy, advancing with superior forces, supported by infantry fighting vehicles and artillery fire, attempted to break through our defensive positions. During the battle, Lieutenant Shilin and his subordinates, despite systematic mortar shelling, hit closed firing positions, an artillery mount, and two vehicles. For courage, selflessness and merits shown in the performance of military duty, Lieutenant Ruslan Shilin was awarded the medal «For Courage».

During a special military operation, Senior Ensign Sergei Korsunov ensured uninterrupted communications in the interests of the battalion tactical group of the Russian Armed Forces. The unit, in which Sergei and his subordinates provided communications, was tasked with liberating the settlement from Ukrainian nationalists. During the march, the Russian convoy came under mortar fire, as a result of which several vehicles were disabled. Sergei evacuated 06 the wounded servicemen into his car and took them into hiding, saving their lives. Thanks to the professionalism, efficiency and confident actions of the senior warrant officer, it was possible to save the lives of Russian servicemen.

In Kerch, they are looking for a driver of a white VAZ-21099 who knocked down an elderly pedestrian