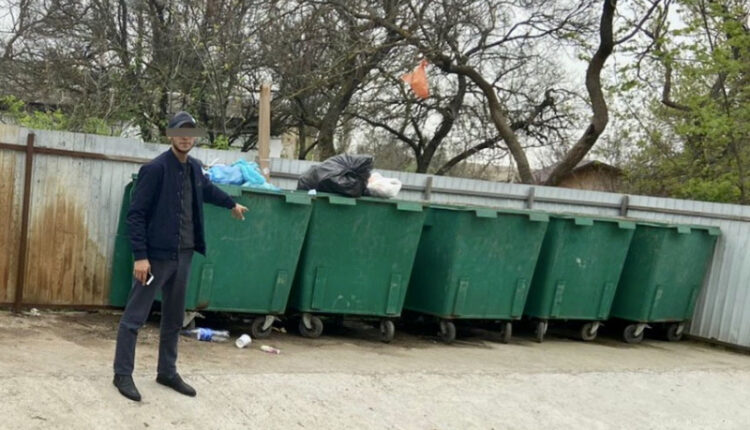 The police on duty in the Simferopol region received a message from the leadership of the administration of the Shkolnensky rural settlement about the theft of metal trash cans. The damage amounted to about 39 thousand rubles.

On suspicion of committing a crime, district police officers detained men, 24-s and 28-s, who worked in public service. As it turned out, one of the organizations serving the container sites for garbage, ceased operations and ordered the workers to collect their equipment: metal barricades. However, enterprising public utilities, along with the bars, decided to grab two trash cans. The containers were handed over to the purchase of metal for 5 thousand rubles. Since no one noticed the loss, a few days later the colleagues decided to repeat their plan: from another site, they loaded another tank into the working Gazelle. But before they had time to leave, a vigilant citizen stopped the car, demanding that the dumpster be returned to its place, and called the police. The tank was returned to the site, and the police also found the rest of the communal property, which the attackers took to the metal collection point in Bakhchisarai , the details of the story were announced in the press service of the Russian Ministry of Internal Affairs in Crimea.

The investigative department of the OMVD of Russia for the Simferopol region initiated a criminal case on the grounds of a crime under Part 1 of Art. 158 Criminal Code of the Russian Federation (theft). The sanction of the article provides for punishment from a large fine and correctional labor up to two years in prison.

Find out more:  In Crimea, the investigation was completed and the criminal case on the theft of tanks was submitted to the court

If you are the victim of a theft, contact the nearest police station immediately or call 102.

Emilia Krymskaya Июл 1, 2022
CrimeaPRESS reports: In Koktebel, work has been completed on the construction of a modular station for the…