What did the Prime Minister of Crimea see during his trip to Bakhchisaray, Bakhchisarai and Simferopol regions 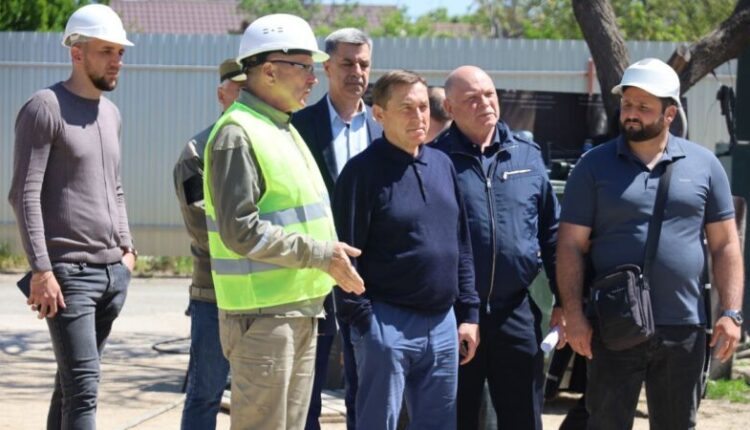 Chairman of the Council of Ministers of the Republic of Crimea Yuri Gotsanyuk, during a working visit to the Bakhchisarai and Simferopol regions, as well as the city of Bakhchisarai, examined the facilities under construction.

In the village. The post office of the Bakhchisaray district is completing the construction of a preschool educational organization at 150 seats In January next year, the kindergarten will be able to accept children from the age of three. The main work is almost completed. The façade of the building has been completed and the scaffolding will be removed soon. Heating and electricity have been supplied to the kindergarten, latrines will also be equipped soon, — said Yuriy Gotsanyuk.

The Prime Minister of Crimea also visited two objects in the city of Bakhchisarai. Inspected the construction of a preschool educational organization at 150 places in the 7th microdistrict on Shamil Alyadin Street and construction 55 apartment building on Mira street.

The work in the kindergarten is almost completed. All equipment is available, a boiler room for heat and hot water has been built. He drew attention to the repair of asphalt pavement in some areas of the kindergarten and the installation of rubber pavement on playgrounds. Children will be able to go to kindergarten from January 1 1236. The construction of the residential building continues. Work is underway, engineering networks are being installed. Checked the construction schedule. In a month I will check the progress of the work , — said the head of the republican government.

On one of the streets of Bakhchisaray, he examined the grading of the road.

The work was done with high quality, there are equipment and workers. Similar grading work will be carried out in all settlements of the Republic , — said Yuriy Gotsanyuk.

Also, the Prime Minister of the Republic of Crimea inspected the construction of a kindergarten and a general education institution in the village of Tryokhprudnoye, Simferopol District 515 seats The object is being implemented within the framework of the national project «Education». Approximately 542 million rubles have been allocated for the construction.

There are enough workers and equipment at the facility. All necessary construction work is carried out daily. Material for interior decoration is regularly brought up. In addition to the school itself and the kindergarten, it is planned to build a football field, several sports grounds on the territory, — summed up Yuri Gotsanyuk.

Photos and materials: press service of the Chairman of the Council of Ministers of the Republic of Crimea.