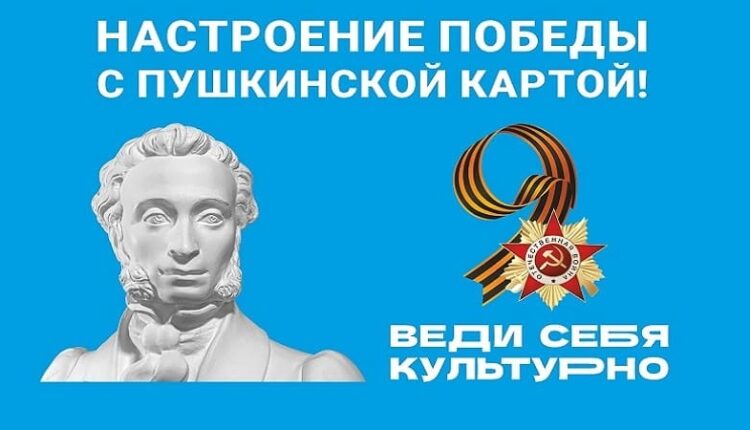 In Crimea, institutions of culture, arts and cinematography on the eve of the main holiday of the country — May 9 — have prepared an extensive program for Crimeans and guests of the peninsula. Young people can spend their time interestingly and profitably thanks to the Pushkin Card.

Recall that the «Pushkin Card» allows every citizen of Russia aged from to 15 years to attend cultural institutions. The card limit is 5,000 rubles, of which 2,000 can be spent on movie tickets.

In Crimea, all theaters, eight museums, two concert organizations, 19 cinematography institutions are connected to the program.

We are sincerely glad that we became a part of this great program. Now, thanks to the Pushkin Map, even more young people will be able to touch the true culture. On May 9, at the Belaya Dacha, they will tell about the feat of the museum staff who survived the difficult years of the Great Patriotic War, they will show a short film “I remain at my post …”, and in 16: a concert of the Crimean State Philharmonic will take place. Also, the museum will host the St. George’s Ribbon action, — said Alexander Loginov, head of the A.P. Chekhov House-Museum in Yalta.

What other events can the youth of Crimea visit on the «Pushkin card» » May 9:

— Concert «About the heroes of bygone times.»

Songs that gave strength to grandfathers and great-grandfathers to survive and win. «At the nameless height», «Happiness to you, my land», «Sailor’s Nights» and other memorable melodies will be performed by the soloists of the Crimean State Philharmonic.

Find out more:  In Russia, pensions, the cost of living and the minimum wage will increase

– Excursion “Heroes of Adzhimushkay on the canvases of N.Ya. Buta.

The tour is held at the permanent exhibition and introduces the fate of the participants in the heroic defense of the Adzhimushkay quarries, which lasted from May to October 1942 of the year, and also reveals the military history of Kerch.

In the production, through the poems of front-line poets, they tried to look at the events of that difficult time and tell about the severe trials that befell the generation of the Great Patriotic War.

— Expositions of the Black Sea Museum of History and Local Lore. 112

The visitors are presented with 7 exposition halls of various subjects. In the hall «The Great Patriotic War» of the museum, material is collected about fellow countrymen who fought on all fronts, about partisans and underground workers of the Chernomorsky region.

— The main exposition of the Feodosia Museum.

The exposition is dedicated to the history of Crimea and Feodosia. The exhibitions reflect all the main stages in the history of the southeastern Crimea from the era of the primitive communal system to the events of the Great Patriotic War.

Exhibition «Through the Eyes of Donbass» Presented in Sevastopol

KFU expert on the development of instrumentation in the Crimea