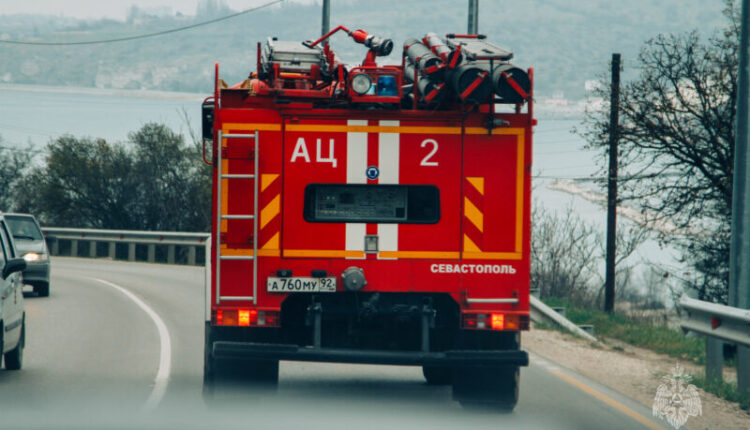 The Main Directorate of the Ministry of Emergency Situations of Russia for the city of Sevastopol sums up the response of units during the winter celebrations 2023 of the year — from January 1 to January 8. In order to prevent incidents and ensure the safety of the population for this period, the forces of the emergency department functioned on high alert.

During the holiday weekend, the units of the Main Directorate made 54 combat departures. During this period, 15 fires were eliminated on the territory of the region, including 8 man-made and 7 fires in open areas. At the same time, the number of fires — in comparison with the «New Year holidays» 2022 of the year — decreased by 40 percent. This positive dynamics was largely achieved thanks to competent and systematic preventive work. Much attention was paid to advisory visits to facilities and explanatory conversations with citizens — they were carried out by the supervisory authority of the Russian Emergencies Ministry in Sevastopol both during the year and directly during the celebrations. A set of preventive measures was sent to ensure safety during children’s celebrations and Christmas services , the press service of the EMERCOM of Russia in Sevastopol reported.

Prevention at water bodies also gave its fruits, which can be called stable: both in 2022 and in the coming 54 accidents on the water during the holiday season was not registered.

Among other things, specialists from the Russian Ministry of Emergency Situations and emergency services responded to 3 reports of incidents in a mountainous forest area. 5 times employees of the emergency department were involved in the work to eliminate the consequences of an accident. Pyrotechnicians of the Specialized Detachment of the Main Directorate of the Ministry of Emergency Situations discovered 8 explosive items from the Great Patriotic War — all the finds were successfully defused.

Find out more:  Yalta is among the top popular destinations for mountain holidays in February

Recall that the «culmination of the festivities» — New Year’s Eve — for Sevastopol has become the calmest in several years. Firefighters and rescuers of the Ministry of Emergency Situations of Russia at that time made 6 combat trips, 2 calls turned out to be false, in two more cases a short circuit of electric meters was recorded without subsequent burning. There were also 2 fires: one in a container yard, the other in a car. Both were promptly eliminated.

In general, serious incidents were avoided during the winter celebrations. The state of emergency was not introduced, socially significant incidents were also not registered.

source: press service of the Main Directorate of the Ministry of Emergency Situations of Russia in Sevastopol

This year, the Crimean Railway will continue the reconstruction of passenger platforms