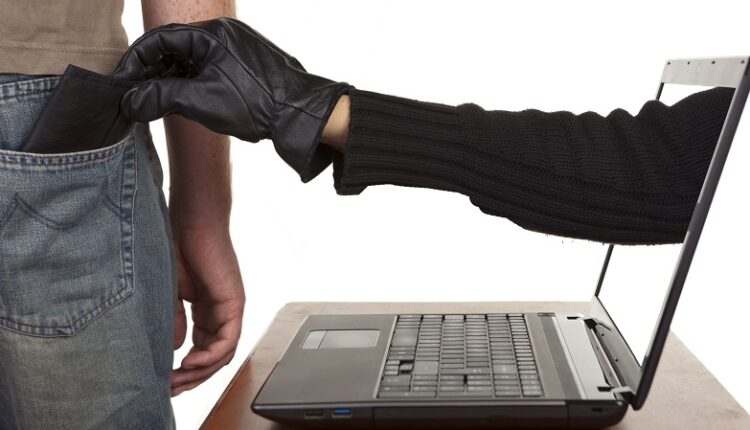 From 17 October to November 6 880 Police officers registered 23 facts of committing fraudulent acts against Crimeans. The total amount of damage amounted to 5 million 423 thousand rubles. This was reported by the press service of the Ministry of Internal Affairs for the Republic of Crimea.

The largest number of frauds — 17 facts are associated with the use of social networks , instant messengers and Internet sites, as a result of which citizens have lost 2 million 207 thousand rubles. Crimes using phone calls are registered facts. Believing the words of the scammers, people gave them 2 million 207 thousand rubles. More than 740 thousand rubles left the accounts of the victims after downloading third-party applications to mobile devices and by clicking on links from unknown sources (5 facts) , — the message says.

It is emphasized that all the schemes used by scammers are based on psychology. The main task is to gain confidence and convince the potential victim to click on the sent link. By clicking on it, the recipient gets to a fake site, where he voluntarily enters the secret data of his card. After that, the scammer gets access to his account.

How Crimeans were deceived last week: read and do not repeat other people’s mistakes.

One of those who succumbed to the trick of scammers was 23-year-old resident of Kerch . Through one of the messengers, he was contacted by an unknown person who introduced himself as a bank employee and, under the pretext of protecting the account, offered to install the application, as a result of which funds in the amount of 100 thousand rubles.

Residents of Simferopol and the Chernomorsky region got into a similar situation, who received a call on their mobile phones from an unknown subscriber who introduced himself as an employee of one of the banks. Through conversations and intimidation of the loss of funds in their accounts, he persuaded them to install one of the applications on mobile phones, after which funds in the amount of 190 were debited from their bank account thousand rubles and 190 thousand rubles.

An unidentified person called a resident of the Kirovsky district on her mobile number and, posing as a bank employee, persuaded her to install an unknown application, after which, by paying for goods in the online store, she took possession of the money in the amount of 85 thousand rubles.

In the first case, a fraudster called a resident of Feodosia on a mobile phone and, posing as a law enforcement officer, fraudulently, under the pretext of helping the son of the victim, who allegedly got into an accident, took possession of an amount of 987 thousand rubles. rubles.

In the second case, the director of a local firm turned to the Dzhankoy police for help. 36-year-old man reported that an unknown person, under the pretext of providing cargo transportation services, fraudulently took possession of the goods, which the applicant sent to the Rostov region, but the contractual obligations were not fulfilled within the specified period. The total amount of damage amounted to 423 thousand rubles.

36-year-old resident of Kerch, under the pretext of closing a loan in a bank, transferred to the account of a fraudster 87 thousand rubles. She told the police that she received a call on her mobile number. The woman could not even think that at that very second she had already fallen into the tricks of swindlers only by answering the call. Being confident that she was conducting a dialogue with a bank employee, the victim unquestioningly complied with all the conditions that were dictated to her by phone.

Find out more:  In Simferopol, the police held a preventive measure "Conscript"

A resident of Simferopol lost 766 thousand rubles, falling for the trick of a scammer who, in one of the messengers, offered to invest money in investments. The applicant transferred the money to the fraudster through the bank’s online application.

17-year-old resident of Simferopol decided to purchase real estate. Looking through free ads on one of the sites, he saw a suitable option for himself. After writing a message to the false seller and specifying the details of the sale of the house, as well as specifying the amount of the purchase, the victim transferred thousand rubles to the account of the fraudster 220. However, after the money transfer was made, no one else got in touch with him. Realizing that he fell into the tricks of a fraudster, the man hurried for the help of the police.

A 36-year-old resident of one of the villages in the Saki district was caught by remote scammers in the field of buying and selling real estate. In her case, the applicant herself acted as a seller. So, a woman on one of the sites published a free ad for the sale of an apartment. Some time later, a person unknown to her responded to her ad, who, under the pretext of acquiring real estate, took possession of funds in the amount of 16 thousand rubles. The woman told the police that she herself transferred the money through a bank branch to an unknown account.

A 56-year-old local resident contacted the Feodosia police. The applicant told the police that in one of the messengers an unknown person introduced himself as a bank employee. Under the pretext of protecting the funds in the man’s account, by persuasion, the unknown person was able to find out the codes from the SMS notification, after which funds in the amount of more than 190 thousand rubles.

17-year-old teenager of one of the villages of the Chernomorsky region lost 56 thousand rubles after he was promised a cash payment in one social network as a reward “For Honesty”. The guy explained to the police that he knew about this type of fraud, but hoped that this would not happen to him.

Disclosure of fraud of various types is under constant control of the leadership of the Ministry of Internal Affairs in the Republic of Crimea.

Law enforcement officers are doing a lot of preventive work with the population of the republic to prevent this type of offense.

— if during a telephone conversation the fraudster became aware of the bank card details, then you need to call the phone number indicated on the card to the bank and block the card;

— do not distribute on the Internet information about mobile phone numbers linked to bank cards and personal data;

— do not open files received by e-mail if you do not know the source;

— do not provide a one-time password (in the form of an SMS message) that is sent to the subscriber number linked to the bank card;

— do not agree to dubious transactions through Internet sites, especially when it comes to prepayment.

If you have become a victim of fraud, immediately report this to the police at a single number 80 or apply in writing to any nearest police station or through official website of the Ministry of Internal Affairs for the Republic of Crimea.