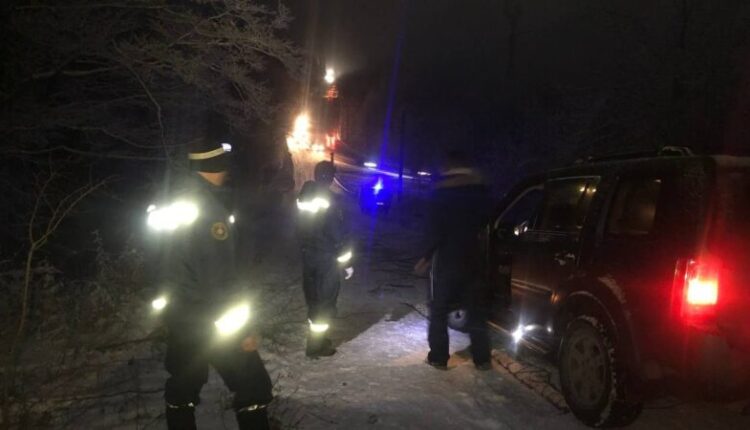 On Sunday, January 8, at : 10 the Ministry of Emergency Situations received a message that in the region of the lower plateau of Mount Chatyr-Dag (Simferopol district ), an accident occurred near the Su-At cordon. The help of lifeguards is required. The duty shift of the Simferopol emergency rescue team «CRIMEA-SPAS» left for the scene of the incident.

The driver of the Kia Soul passenger car allowed the exit from the dirt road, due to the heavy icing of the roadway, he cannot leave on his own. There are 2 people in the vehicle. Employees of the GKU RK «KRYM-SPAS» with the help of rigging equipment removed the car from an impassable section of the road onto a hard surface, from where it continued to move on its own. No one needed medical assistance , — the Ministry of Emergency Situations of the Republic of Crimea reported.

Later, at 17: 40 a message about a traffic accident in the area of ​​the Angarsk Pass was received on the control panel of the operative duty officer of KRYM-SPAS.

The driver of the car «Honda Pilot», descending from the Angarsk pass towards Alushta, drove onto a steep slope of a catching dead end, as a result of which the vehicle began to be demolished into a ditch. There are 5 people in the car, including 3 minors. Rescuers evacuated them to safety. After that, having put chains on the wheels of the vehicle, they evacuated it onto a paved road, from where it continued to move on its own. There were no casualties , — noted in the Ministry of Emergency Situations of the Republic of Crimea.

In order to ensure safety at the Angarsk Pass and the Ai-Petri Plateau, rescue posts «CRIMEA-SPAS» have been set up. The duty is carried out by rescuers of the Yalta, Simferopol, Alushta and Bakhchisarai emergency rescue teams. Rescuers are armed with cross-country vehicles and snowmobiles. However, the Ministry of Emergency Situations called on citizens (not only motorists) to observe safety measures during the «winter holiday» in the Crimean mountains.