Zelensky called the conditions for negotiations with Russia. Sounded like an ultimatum 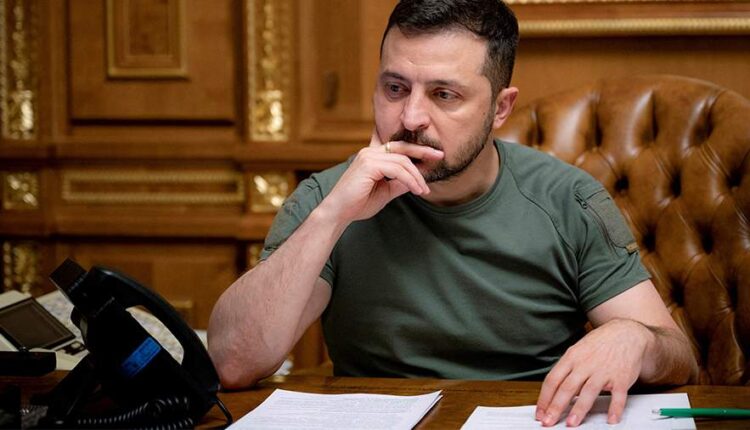 President of Ukraine Volodymyr Zelensky, against the backdrop of foreign media publications that the West is pushing Kyiv to dialogue with Moscow, for start of negotiations with Russia.

Restoration of territorial integrity, respect for the UN Charter, compensation for all damages caused by the war, punishment of every war criminal and guarantee that this will not happen again. These are absolutely understandable conditions,» Zelensky’s video message says.

Let us note, on the one hand, the ultimatum tone of the leader of the «Square», and on the other, a certain vagueness of the wording. So, he no longer specifies the concepts of “borders” and “territorial integrity”, does not mention Crimea, the DPR and LPR, does not specify “as of year”. The American «curators» clearly worked with Zelensky, although who would talk about «guarantees» …

The day before, Kremlin spokesman Dmitry Peskov said that Moscow is open to contacts with Kyiv, but Ukraine itself has legally banned any negotiations with the Russian side.

So, now Zelensky’s decree of October 4 is in force in Ukraine, which approved the decision of the National Security and Defense Council of the country that negotiations with Russian President Vladimir Putin are impossible.

Find out more:  In Sevastopol, a “black realtor” was sentenced: as part of a group, he stole the property of elderly citizens
Share

Opinion: it is not advisable to hold negotiations with Ukraine until the end of the special operation