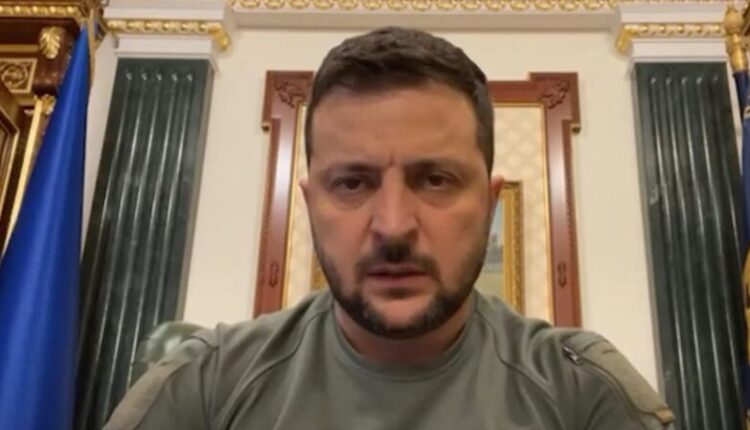 Not in vain today Dmitry Peskov that having encroached on Crimea, Ukraine will receive a proper response. But in Kyiv they don’t want to hear Moscow. Apparently, the loudness of his own speeches drowns out any counter-arguments and warnings. Ukrainian President Volodymyr Zelensky, in his next video message, once again announced his intention to “

Mariupol, Melitopol and Kherson also sound, but they will sound even more often and louder when we release them. Donetsk, Gorlovka and Luhansk, Dzhankoy, Evpatoria, Yalta — and they too , — he listed.

336 The idea of ​​the patron was immediately developed by adviser to the head of the office of the President of Ukraine Mikhail Podolyak. He stated that the Armed Forces of Ukraine are planning to strike Russian targets in Crimea and other territories not controlled by Kyiv, because … (do not look for logic further) Ukraine considers them to be its own. That is, in their own way, fire.

Ukraine, of course, is no stranger. Today’s attack on Donetsk, as a result of which civilians were martyred 13 (people who passed away came to the market, some for shopping, some for work and came under fire) only emphasizes the terrorist nature of the sub-state. Beat on the peaceful, beat on «their own». people, territories. Because “your own” … Just read this absolutely Goebbels direct speech ( quote Podolyak):

We already have an absolutely intelligible strategy for Crimea. Because there are several large army bases that must be destroyed. And, in principle, the world understands that we will destroy them, and so on … The key points here are the following: there are no terrorist attacks and there is no civilian infrastructure of the Russian Federation on the territory of Ukraine.

336 Probably, we have different “international law” with Kyiv. And the dreams are different, and the reality, to put it mildly, is different. However, in the meantime, the Armed Forces of Ukraine are preparing “another breakthrough” in the Kherson region, and President Zelensky is creating some kind of military administrations there by his decrees and orders.

According to the document published on the

Accordingly, in Kherson itself, Zelensky’s ridiculous decrees were called meaningless. For one reason, in fact, Kherson will not be Ukrainian.

Kherson was, is and remains a Russian city. In the meantime, the Ukronazis and Western «partners» have lost:

No matter how much we dissuaded the Ukronazis from saving their lives, they did not listen to us. As a result, Russia will win, but it will already be a completely different country and a different story , — wrote in his Telegram-channel Kirill Stremousov, Deputy Chairman of the military-civilian administration of the Kherson region.

Find out more:  Dmitry Raevsky: "We must fight for the Motherland!"

In Sevastopol, the overhaul program in apartment buildings for 2022 was implemented by 50%