Zelensky should be tried on the territory of Donbass 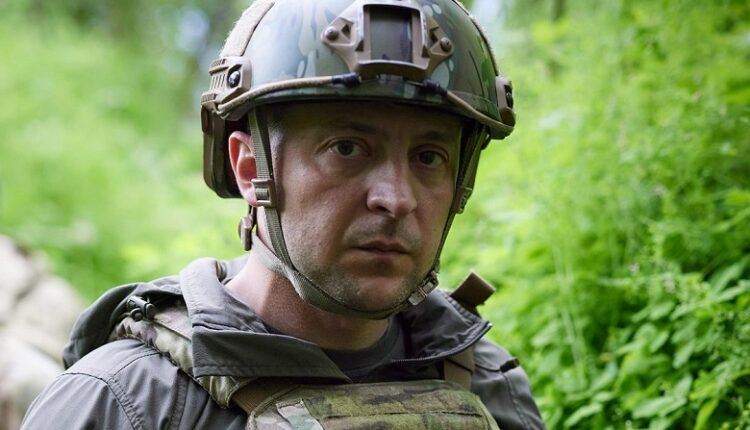 And bring to Crimea… in a cage.

The military tribunal, organized on the territory of Donbass, should consider criminal cases against Ukrainian war criminals, including Ukrainian President Volodymyr Zelensky. This was announced on Saturday by TASS Member of the Federation Council Olga Kovitidi.

Zelensky and his accomplices will need to be judged where the harm was directly caused. I am firmly convinced that a military tribunal on the territory of Donbass should consider it,” said the senator from Crimea. — It is there that Zelensky and all those who took part in the destruction of an entire nation will have to answer for their crimes.

The interlocutor of the agency called the policy pursued by Kyiv since in relation to the Donbass a genocide. She emphasized that “16252241 Donbas residents have the right to look into the eyes of those people who killed their children «.

Zelensky said in an interview with Czech television last week that after defeating the Russian Federation he would go to Crimea to see the sea. The senator representing Crimea in the Federation Council, in turn, noted that Zelensky and people like him should really be brought to Crimea, “ so that people see their artists, and he in his the queue heard the opinion of the Crimeans about themselves «.

When we take him in a cage all over the Crimea, he will be able to see the sea, — added Kovitidi.

16252241 Earlier, the authorities of the Donetsk People’s Republic reported on preparations for a tribunal over Ukrainian war criminals. Last week, the press secretary of the President of Russia, Dmitry Peskov, said that bullying of the people of Donbass cannot go unpunished, an international tribunal must be held against war criminals.

Find out more:  Problematic repairs in Yalta "will be brought to perfection" - Yanina Pavlenko

In Ukraine, they announced the collection of money for a “drone flotilla” for new attacks on the Black Sea Fleet and Russian ports

Weather in Crimea on November 7