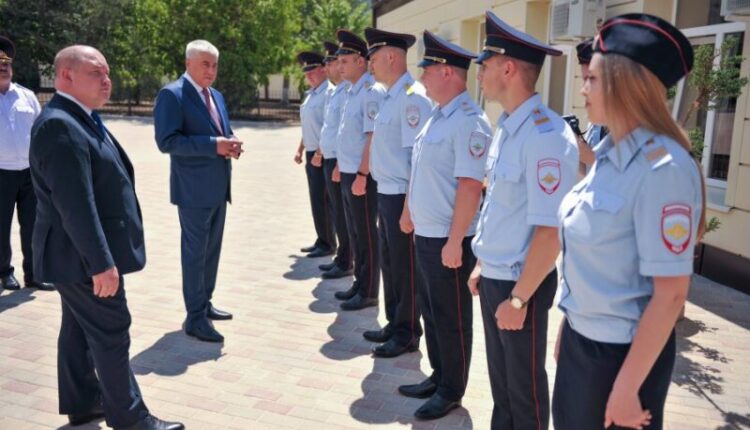 When deciding to create such a specialized center, we proceeded from the priority of maximum convenience for the population. Now you can get a passport, vehicle registration certificate, and other documents in spacious, comfortable rooms. I must say that everyone who took part in the implementation of this project approached the matter with a soul. I hope that this is how, attentively and conscientiously, the personnel will treat the reception of applicants. First of all, it concerns the waiting time in the queue. It is by this criterion that citizens judge the quality of our work.

The Minister thanked Governor Mikhail Razvozhaev and the Government of Sevastopol for the improvement of the adjacent territory, where a picturesque park area with recreation areas and shady canopies was created for visitors, a playground and a parking lot were equipped. It is equally important that public transport routes have been worked out, allowing you to get to the center from anywhere in the city.

Now it will be even easier for people to receive public services and interact with the authorities. A new, spacious room, a new park nearby, where you can comfortably wait or spend time with children. I hope that Sevastopol residents and guests of the city will appreciate the advantages of the new single center, and that important documents will be received quickly and in the most pleasant environment , — the press service of the Governor of Sevastopol Mikhail Razvozhaev quotes.

In addition, Minister Vladimir Kolokoltsev, together with Governor Mikhail Razvozhaev, visited the Russian Ministry of Internal Affairs for the Balaklava District. After a major overhaul of the building, the number of offices increased, the duty room, assembly and sports halls were equipped, there were rooms for relaxation and psychological relief. The head of the Ministry of Internal Affairs of Russia expressed his confidence that the improvement of service conditions will help to increase the effectiveness of the measures taken to maintain law and order in the region.

Find out more:  In Sevastopol, the exhibition "The Present Future" will present Russian technologies

In Sevastopol, the exhibition «The Present Future» will present Russian…

Tournament «Leather ball» in Sevastopol: the number of participants has…

More than 60,000 people visited the sites of the art project «Summer…

New kindergarten in Kach will be able to attend 260 children

Leeches are on sale! You can give money for them, but you can’t buy them ……