A new residential building has been commissioned in Evpatoria. Who will get the keys to 108 apartments 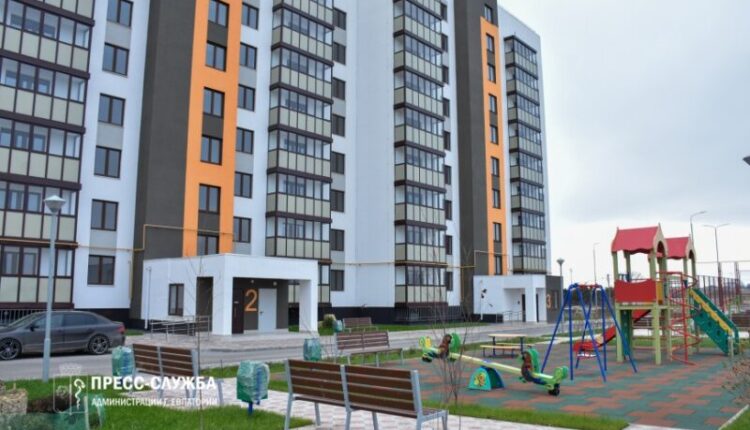 In Evpatoria, the construction of an apartment building for citizens from among the rehabilitated peoples has been completed.

Chairman of the State Committee for Interethnic Relations of the Republic of Crimea Ayder Tippa and acting head of the city administration Alexander Loskutov held an off-site working meeting on the distribution of apartments in the house, and also visited Yevpatoriya residents who are in line for housing.

Within the framework of the State Program for the Development of the Republic of Crimea and the city of Sevastopol, a 108-apartment building for the rehabilitated peoples of Crimea was built in Evpatoria. Work is underway to transfer the object to municipal ownership , — said Aider Tippa.

Further, before the housing is distributed, the interdepartmental housing commission checks all records of persons who are on a separate apartment record of deported citizens.

Already in January we will be able to settle in the house 108 families. Many of them have been on the waiting list since the beginning of the 90 years, some are deprived of normal living conditions. For example, five families live in the basement, which is not even residential , — noted Alexander Loskutov.

60-apartment building is located at the intersection of 9 May and 60 let VLKSM streets. It is built according to all modern quality standards. In the courtyard there is a playground, a sports field, a large parking lot. There are kindergartens and schools nearby.

We plan to soon place another kindergarten nearby for 100 places. In addition, the region’s infrastructure is developing dynamically. Therefore, I am sure that families will be accommodated here comfortably , — Alexander Loskutov emphasized.

«Even at the front there should be a holiday …». Schoolchildren of Simferopol are going to congratulate the soldiers in the NVO zone

RNKB: the number of applications for preferential mortgage increased by 20% before the end of the state program