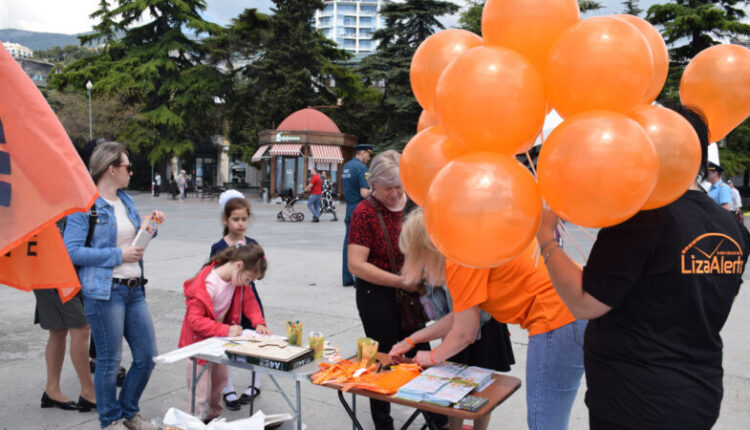 May is an annual date when the whole world remembers children who have not yet returned home. The day before, a thematic action was held on the Yalta embankment. Its organizers: the LizaAlert search and rescue team, together with the police and the Ministry of Emergency Situations, held the event simultaneously in five Crimean cities (Simferopol, Chernomorsk, Evpatoria, Kerch and Yalta) and in Sevastopol.

Volunteers told the little participants of the action about safety, how to behave properly with strangers, about behavior algorithms if a child is lost in a city or natural environment. Also, drawing competitions were held for children and handouts were handed out.

Such an event, as explained by the regional representative of the search and rescue team «LizaAlert» Ivan Ulyanov, is held in Yalta for the second time. According to the organizers, this day gives hope that in the future adults will be able to do everything so that children never go missing. The main principle at the same time is not to give up and not to stop searching.

The voluntary search and rescue team «LizaAlert» has existed for for 5 years and only in Crimea has more than 300 volunteers. Among them are about -15 Yalta residents who take active participation in all search operations carried out in the region , — said Ivan Ulyanov.

Find out more:  This year in Crimea, 28 graduates passed the Unified State Examination with 100 points
9
Share

By the end of the year, a medical outpatient clinic will be renovated in Novoselovka, Simferopol District