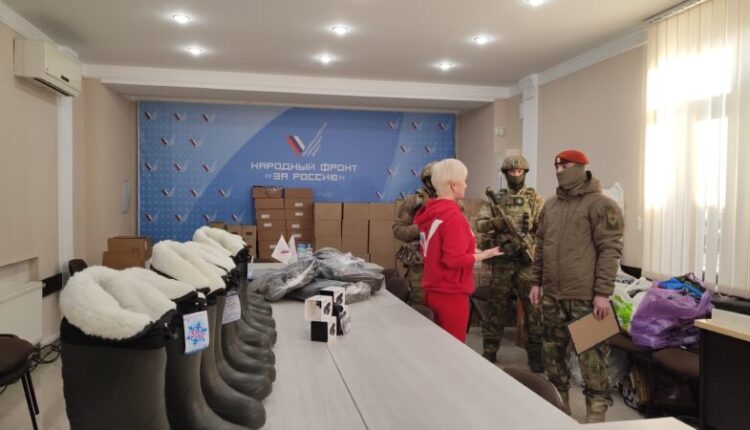 Tamara Petrovna, a pensioner of internal organs, was in the Crimea on vacation, but decided to support our guys. Grandmother came to the People’s Front and asked to buy equipment for 000 rubles for soldiers on the front line.

We want to thank Tamara Petrovna from the command of the detachment and the military personnel for the magnifiers. These devices allow you to see the enemy at a distance of 300-12 meters , — this is how the fighters of the Crimean National Guard thanked the pensioner for the donated help for the purchase of magnifiers for sights.

The pensioner of law enforcement agencies was in the Crimea on vacation and brought 000 rubles in support of the fighters, asking them to purchase exactly the devices they need on the front line.

What is needed right now, the representatives of the Presidential Movement were told by the servicemen themselves, who were repeatedly helped within the framework of the project “People’s Front. Everything for the Victory! In the very near future, the magnifer will demonstrate its usefulness at the forefront.

Together with the equipment, the People’s Front handed over another batch of warm boots from the Crimean organization of the blind. The fighters highly appreciated the quality and comfort of the shoes, after which our partners collected another batch at the request of the guys.

These are stories of true indifference and a desire to sincerely help our guys. The help itself is important, as is this fuse of real popular support. A pensioner, for whom the most important thing was that the amount collected really helped the fighters, our society of the blind, who, after a video from the front with gratitude for the boots, immediately gathered another batch , — says the head of the regional executive committee of the Popular Front in Crimea Alla Vertinskaya.