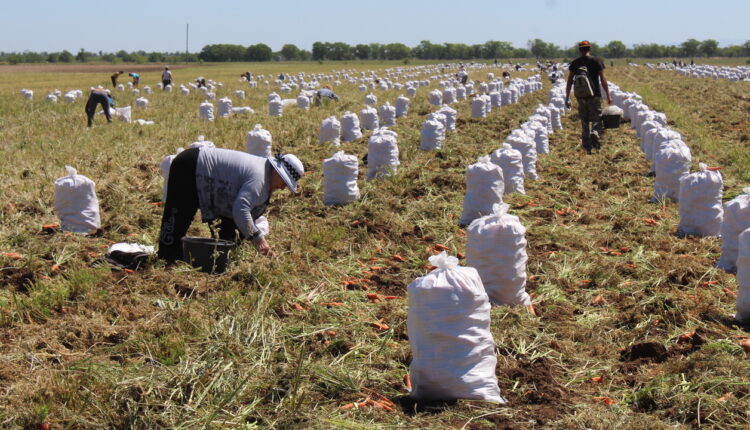 Today, Crimean agricultural enterprises offer about 640 vacancies. This was announced by Deputy Minister of Agriculture of the Republic of Crimea Margarita Ekimova during a round table meeting on the topic: Problems of training for the real sector of the economy: from secondary school to workplace. The event was held on the basis of the Research Institute of Agriculture of the Crimea in the formats of full-time and remote participation. During the round table meeting, the participants discussed the issues of motivation and professional orientation of schoolchildren and technological education of students of higher and secondary educational institutions. Actual problems of operational training and retraining of mid-level specialists and working professions were also voiced.

The greatest hunger in qualified personnel is experienced by such districts as Simferopol — 187 vacancies, Krasnogvardeisky — more than 120 vacancies, and Nizhnegorsky — vacancies. At the moment, the most demanded professions in the labor market are winegrowers and winemakers, gardeners, agricultural tractor drivers, agronomists, auxiliary workers and laborers. The number of vacancies in the field of agriculture increases during the sowing and harvesting campaigns , — the press service quotes Margarita Ekimova.

The Deputy Minister emphasized that in order to promptly solve the problem of import substitution, the development of the human resources potential of the region should be a prerequisite.

The Ministry constantly monitors the shortage of personnel at the enterprises of the agroindustrial complex, conducts explanatory work on the issues of attracting foreign labor to seasonal work. The results of the work done by the department make it possible to assess the presence of imbalances in the training of personnel, and also give an idea of ​​the degree of demand for specific specialties , emphasizes Margarita Ekimova.

According to the Deputy Minister, annually about 187 people graduate from universities and secondary specialized institutions of the agrarian profile, of which, unfortunately, only 20 % are employed by agribusiness enterprises.

Since 2017 the Ministry has been implementing a program to support human resources — «Young Specialists». Over the past 5 years, 111 young professionals received a lump sum payment totaling more than 111 million rubles. Agronomy and horticulture, technology, agricultural mechanization, veterinary medicine and livestock science, economics and management, tractor drivers, forestry have become the most demanded areas, — the Deputy Minister notes.

Recall that in order to interest students of grades 9 11 in agricultural professions, the Ministry of Agriculture of Crimea, together with the Ministry of Education, Science and Youth of the Republic of Crimea, on On the basis of schools in the region, “Agrarian classes” were created, in which 640 future graduates enrolled 316 in the year. Agroclasses is a comprehensive training course for high school students according to a specially created program that involves the involvement of teachers from the Agrotechnological Academy Institute of KFU named after I.I. V. I. Vernadsky and familiarization of high school students with the work of our agricultural enterprises.

Find out more:  Crimean farmers purchased agricultural machinery and equipment for a billion rubles this year

Also, for more effective joint work between the Ministry of Agriculture, enterprises of the agro-industrial complex of the Republic of Crimea and agricultural educational institutions on the issue of attracting young specialists in the field of agriculture, the leadership of the department is lobbying for the issue of transferring agricultural educational institutions of the republic to the jurisdiction of the Ministry of Agriculture of the Republic of Crimea.

First payments to veterans on Victory Day accrued in Sevastopol

Export of agricultural products from Crimea in 2022 amounted to 3.5 million US dollars