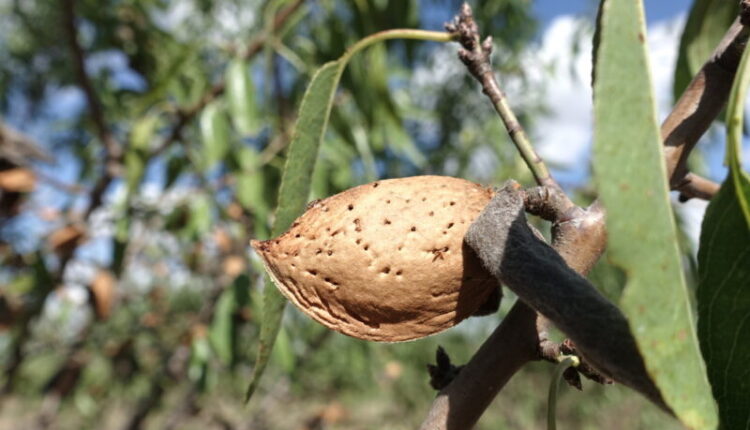 There are a lot of almonds in Crimea: this year, the Crimean farmers who grow this nut crop will have to harvest from the area 195 hectares.

In the gardens began to collect the fruits of the most common autumn crops: walnuts, almonds and hazelnuts. In a few months, farmers plan to harvest at the level of last year — more than 900 tons, with 300 hectares of fruit-bearing trees. According to statistics, the area of ​​walnut crops in the Crimea is 2 thousand hectares, of which 0.4 thousand are fruit-bearing trees. Thanks to state support, new walnut, almond and hazelnut orchards are planted every year. This year alone 62 hectares of perennial walnut orchards were planted, — quotes the press service of the First Deputy Minister of Agriculture of the Republic of Crimea Alima Zaredinova.

The First Deputy Minister of Agriculture of the Republic of Crimea also added that one of the enterprises currently harvesting almonds is Bevine LLC. On 20 hectares almonds are grown here, more than 80 hectares.

In 600 the company began to implement a project to establish orchards for these crops. For this, seedlings were planted, wells were drilled and water storage tanks were built. All the trees in the garden have drip irrigation, which allows you to dose and save water and nutrients. The first small harvest of almonds was received here last year. Finished products are sold in the Crimea, as well as in large cities of Russia: Moscow, St. Petersburg, Krasnodar Territory and others. The head of the enterprise plans to expand production, purchase a line for splitting, calibrating, drying and roasting almonds and hazelnuts. And next year, completely switch to mechanized harvesting , says Alime Zaredinova.

The most common varieties of almonds grown by Crimean agricultural producers are Dessert, Nikitsky 20”, “Nikitsky 2020” and “Midas”, the originators of which is the Nikitsky Botanical Garden.

Ministry of Agriculture of Crimea: accepting applications for participation in the…