«Alpine Rose»: a new park of miniatures of the Crimea will open in Evpatoria tomorrow 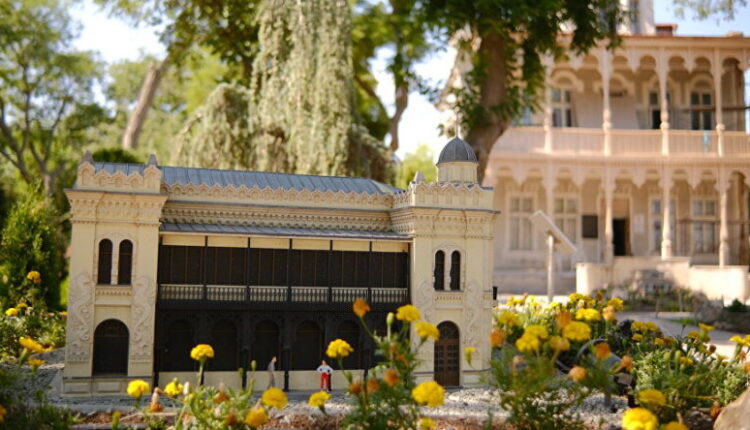 On Tuesday, July 5, a new tourist attraction will be solemnly opened on the Evpatoria embankment — the Alpine Rose miniature park. It is located on the territory of the cottage of the same name — a monument of the cultural heritage of Crimea. This was reported by the owner of the park Viktor Zhilenko.

Visitors will be able to see 16 the sights of Crimea on a scale of 1: 25. They were made for three years by 60 masters. And a real “green paradise” awaits guests: here on the territory of 7 thousand square meters. m planted more than 3 thousand flowers and small conifers, as well as about 100 large-sized ones. According to Zhilenko, these plantings are the main highlight of the new park.

The youngest tourists will not get bored either, because a special entertainment zone is equipped for them.

Children will be able to jump on three large trampolines and take pictures with their favorite cartoon characters. Moreover, all the sculptures are unique and are not repeated in any of the miniature parks , — said Zhilenko, who also owns two other miniature parks — in Bakhchisarai and Alushta.

The businessman added that a grandiose repair of the Alpine Rose dacha itself is planned in the fall, after which they want to open a museum on the 1st floor. Which one? While different ideas are being considered.

Accident in Sevastopol: two cars and a motorcycle collided