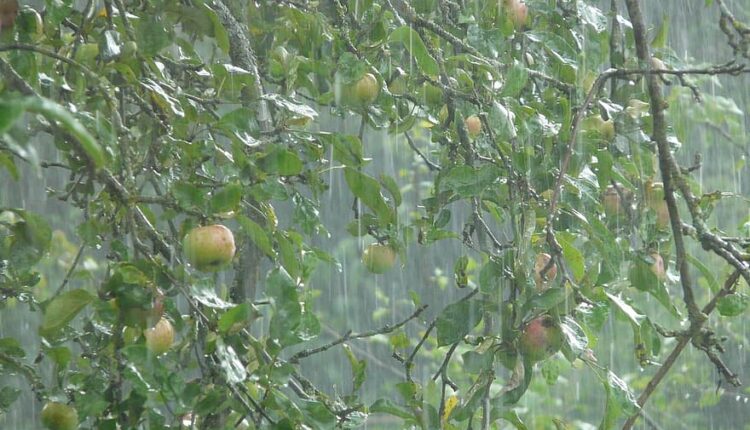 Under these conditions, there is a high probability of emergency situations associated with accidents at energy facilities, housing and communal services, an increase in the number of traffic accidents, violations of transport communication, difficulties in the movement of road transport on roads, long descents and ascents, dangerous turns and mountain passes. Flooding areas are possible. There is a threat to the life and health of the population due to the possible fall of billboards, trees, weakly reinforced structures and possible breaks in power lines , the press service of the Russian Emergencies Ministry in Crimea notes.

There is also a possibility of incidents in the waters of the Black Sea, the Sea of ​​Azov and the Kerch Strait. The presence of people in the coastal zone, on piers and shore protection structures is life-threatening.

Detailed weather forecast for cities and towns of Crimea —

here.
The Ministry of Emergency Situations of the Republic of Crimea recommends observing security measures:

limit stay in the immediate proximity to riverbeds, including dry ones.

112 recommended We encourage the population living in the immediate vicinity of water bodies and in areas of dry riverbeds to take measures to preserve their property.

drivers of motor vehicles, if it is impossible to restrict exit, to be extremely careful on the road, not to exceed the speed limit and strictly observe the rules of the road.

Find out more:  Weather in Crimea on November 28
Share

In honor of the day of the elderly, a festival of amateur groups was held in Crimea

October 2 is the day of Trofim and Zosima. Be sure to eat a spoonful of honey

Weather in Crimea on November 30

Weather in Crimea on November 29

Weather in Crimea on November 28

Weather in Crimea on November 27

Weather in Crimea on November 26

Weather in Crimea on November 25