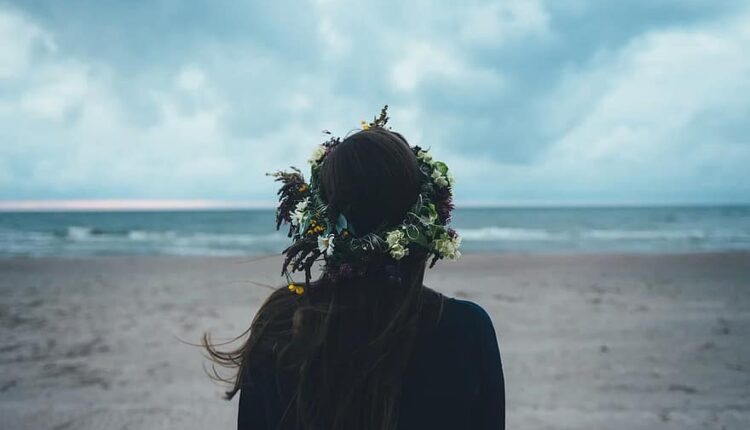 In Russia 15 August was associated with horses. After all, Stepan Senoval is their patron. There was a tradition to give water to animals blessed with water on this day — before that, any silver object had to be immersed in it. They were sure that this would help protect the «horses» from evil spirits and diseases. The custom was also widespread to water the horses through a hat, in which they then put a silver coin and hid it in the stable (usually under the manger). It was believed that this helps to make horses more docile, and the cattle themselves are not afraid of evil spirits. Interestingly, the coin used in the ceremony often passed from father to son by inheritance.

It was also the time of mowing the grass, which had already grown back. We tried 15 to carry out work in August, which included sheltering hay from the weather.

And in order to protect themselves from colds that await people in the off-season, they practiced such a rite: the girls went out into the meadow and wove wreaths from 12 different herbs. Then they were brought into the house and hung under the icons, in a red corner. It was believed that such a wreath had protective and healing powers.

The church now honors the memory of St. Stephen, the first martyr who was an adherent of Christian teaching and came from the Jewish diaspora. According to legend, together with six co-religionists, it was Stephen who was elected apostles from the deacons and was supposed to maintain order and justice among the population. However, it must be said that in addition to this, Stephen also preached faith in Christ in Jerusalem. Once in one of the synagogues, he argued about one of the speeches, as a result of which he was summoned to court. True, it is not known whether Stefan died as a result of the sentence, or whether he was stoned to death after his release — in any case, he died a martyr’s death. During the torment, he asked Jesus to take him to heaven and prayed for mercy on the murderers. By the way, 15 August marks the transfer of the relics of the martyr Stephen from Jerusalem to Constantinople.

Find out more:  The action "Good coffee" has started in Crimea. Assistance to the wards of the "Crimean Children's Hospice"

13 people were hospitalized, 16 patients were discharged. COVID-19 in Sevastopol