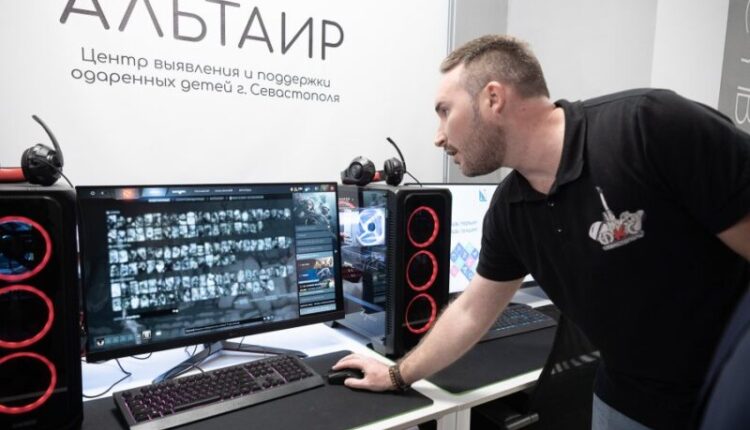 Center for identifying and supporting gifted children of Sevastopol «Altair». It was created within the framework of the federal project «Success of every child» of the national project «Education» on the basis of the Minor Academy of Sciences. The Center has renovated premises and purchased high-tech equipment for more than 220 million rubles.

Such centers for identifying and supporting gifted children are being created in each region. We have decided that Altair will be created in Sevastopol according to a distributed model, and its main divisions will be created in the Minor Academy of Sciences. The guys get unique opportunities for learning, they can choose from more than programs: ranging from popular programming , e-sports to classical chess , — the press service of the Governor of Sevastopol, Mikhail Razvozhaev, quotes.

The Center for Gifted Children should combine efforts to identify, develop and support children’s giftedness in the areas of «Science», «Art», «Sport». The key directions and tasks of the Center’s work are determined by the Board of Trustees, which is headed by the Governor of the city of Sevastopol.

The most important task is to give children the opportunity to receive high-quality additional education and skills in a specialized field. And, of course, we set the task for Altair — to prepare talented children for participation in the All-Russian Olympiads in subjects, so that Sevastopol takes prizes , — says Mikhail Razvozhaev.

«Altair» will prepare children for the stages of the All-Russian Olympiad for schoolchildren in the subjects: mathematics, physics, biology, chemistry, programming, history. Recruitment of children in these areas will be announced later.

Find out more:  How is the work with mobilized Sevastopol residents going? The governor raided the city military registration and enlistment offices

At the moment, there are still places for older children to study in the Center for Identifying and Supporting Gifted Children of Sevastopol «Altair». The website of the Minor Academy of Sciences contains the admission algorithm and information on how to submit your applications.

For reference: From September, a profile shift for 90 students in the following areas: «Big Challenges» (eco-biotechnology, web development, artificial intelligence, cognitive research, robotics and circuitry ) and Olympiad Biology. From 28 September, another profile shift will be implemented for 75 children in the following areas: Olympiad mathematics, physics and theater.