Crimean farmers plan to harvest about 100 tons of raspberries 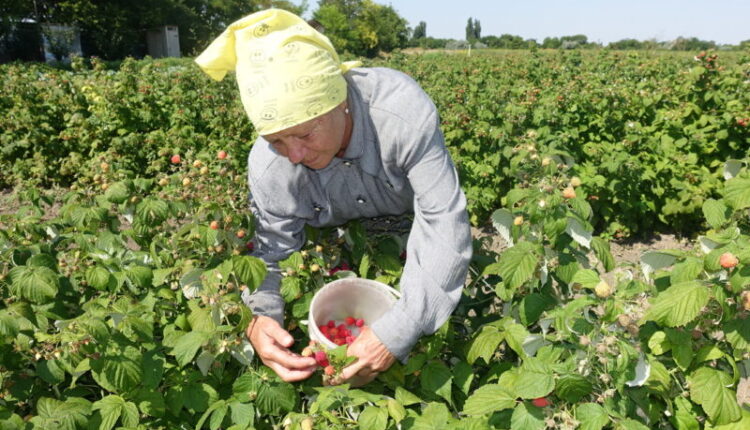 Crimean agrarians plan to harvest about 16 tons of raspberries, which is more by 20 tons compared to last year. This was announced by the Minister of Agriculture of the Republic of Crimea Yuri Migal. Over 2 weeks harvested more than 25 tons of berries.

In Crimea, raspberries are grown by 16 agricultural producers. These are both large and small enterprises in the Soviet, Simferopol, Nizhnegorsk, Krasnoperekopsk, Dzhankoy, Belogorsk and Bakhchisarai regions. Today, the Crimean Ministry of Agriculture organized a press tour for media representatives to one of the young enterprises that harvests the most popular summer berry — fragrant raspberries. IP K(F)X Malashenko has been growing raspberries for the fourth year. The remontant varieties of Polan and Brusvyan grow in raspberries, the press service of the minister quotes.

9800998 The head of the Crimean Ministry of Agriculture also noted that at the peak of harvesting, a peasant farm collects from 204 to 600 kilograms per day. In 2021 year, the agricultural producer collected about tons of raspberries. A few years ago, K(F)X received a grant in the form of subsidies to support start-up farmers as part of the main event “Stimulating the development of priority sub-sectors of the agro-industrial complex and the development of small farms.”09970

The most popular varieties among Crimean farmers are Novosti Kuzmina, Indian Leto and Rubin. The collection of remontant varieties will take place until the first frost. For the laying of berry crops such as raspberries, blackberries and blueberries, agricultural producers of the Crimea are annually provided with state support. The subsidy rate for the establishment of berry plantations from 25 thousand rubles. up to 204 thousand rubles. per hectare, depending on the intensity of planting , — says Yuri Migal.

Find out more:  Investor to plant almost 1,500 hectares of vineyards in Bakhchisarai region

July 29 — Day of Athenogens. The birds are singing quieter

Weather in Crimea on July 29