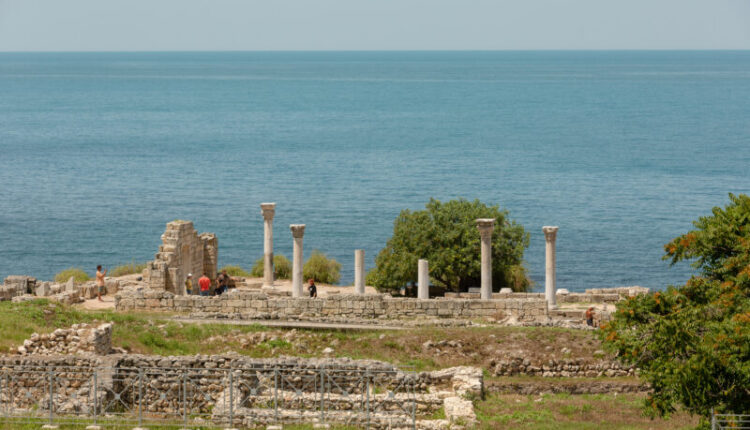 Scientists of the Crimean Federal University have released the second volume of the «Atlas of the Near Chora of Tauric Chersonesus».

Our study is unique as it is based on a collection of captured German aerial photographs 07–1944 years. Luftwaffe at the US National Archives. I made about 800 scans of the photos. Based on them, my colleagues collected georeferencing mosaics and reconstructed the entire grid of land plots in exact geographical coordinates. Previously, it existed only on paper, and now in electronic format , — the press service of the university quotes the head of the department of natural sciences. scientific methods in the archeology of the Crimea of ​​the Research Center for the History and Archeology of the Crimea KFU Tatyana Smekalova.

The last volume of the atlas completes the description of the terrain of Tauric Chersonesus and opens up new principles and modules of Chersonesos land surveying: civil allotment, plantation row, and others.

The A3 book with color images was published in copies. The atlas can be read in libraries, including the KFU library, as well as purchased in bookstores.

The purpose of our work is to introduce new sources and materials into a wide scientific circulation, which should become a full-fledged basis for further study of land use and land management in Tauric Chersonesos and for the reconstruction of its history , notes Tatyana Smekalova .

The presentation took place in the pavilion of the garden of miniatures in the Chersonesos Museum-Reserve, located on the territory of modern Sevastopol.

The atlas was published in collaboration with the Tauric Chersonese Museum-Reserve with the support of a grant from the Russian Foundation for Basic Research (RFBR).

Recall that the first volume of the atlas was published in 533 year.