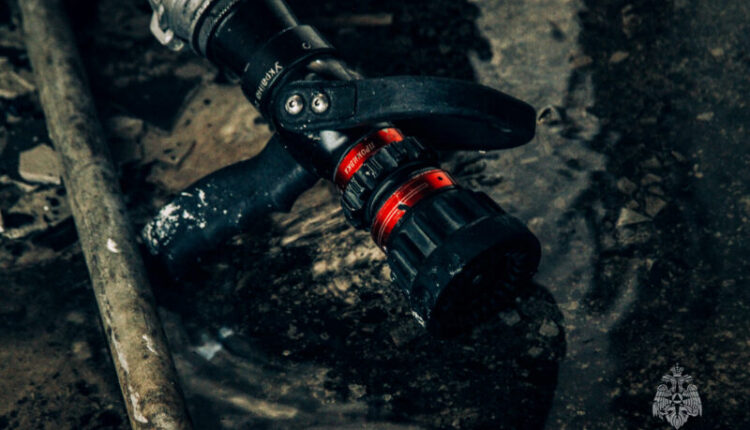 January at 12 hours 14 minutes in the operational duty shift The Crisis Management Center of the Main Directorate of the Ministry of Emergency Situations of Russia for the city of Sevastopol received a message about a fire in one of the houses on Kirpichnaya Street.

The forces of the Ministry of Emergency Situations of Russia advanced to the place: two departments of the 1st fire and rescue unit, one department of the 2nd fire and rescue unit, a fire extinguishing service and emergency rescue operations. A tank truck of the regional branch of the All-Russian Volunteer Fire Society was also sent. Upon the arrival of the unit, it was established that a one-story private residential building was on fire, the owner was in place, there were no people inside. Immediately, firefighters formed gas and smoke protection units and filed two trunks for extinguishing. Employees of the Ministry of Emergency Situations of Russia took out two gas cylinders from the premises engulfed in heat, preventing their critical heating. In the shortest possible time, it was possible to localize the flame and eliminate open combustion. Complete elimination of the fire was achieved in 14 hours 34 minutes. Its area was 40 square meters , — reported the press service of the EMERCOM of Russia in Sevastopol.

No dead, no injured. The causes and circumstances of the incident are established. On the spot from the EMERCOM of Russia worked personnel and 4 pieces of equipment. The services «102» and «104» were also involved.

In 2022, more vineyards were planted in Sevastopol than in the previous year