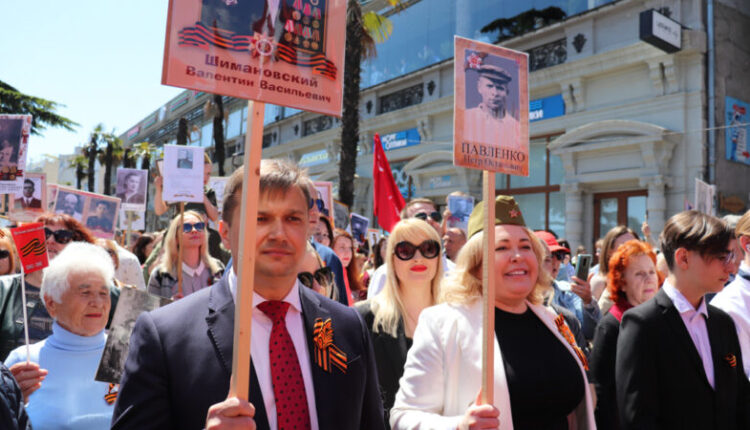 In Yalta, Alupka, southern coastal villages (throughout the so-called Big Yalta) on May 9, festive events were held in honor of -th anniversary of the Victory of the Soviet people in the Great Patriotic War. 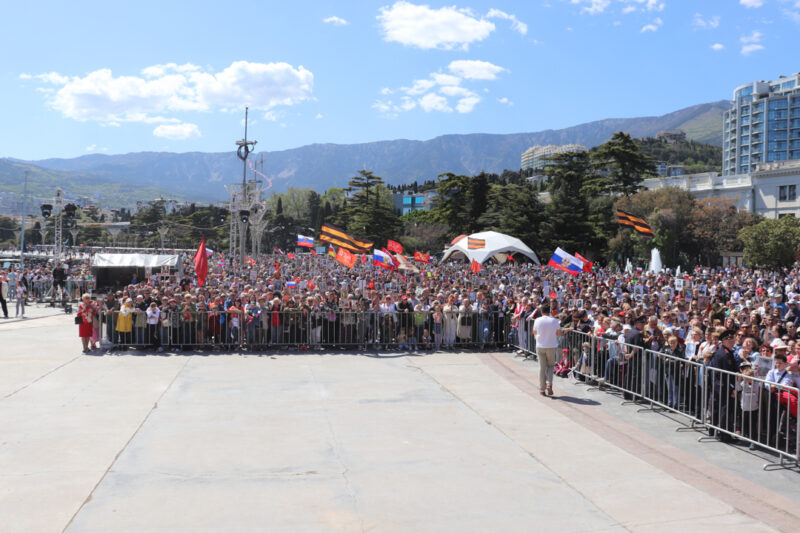 In Yalta, the celebration of Victory Day began with a solemn rally and the laying of flowers at the Eternal Flame on the Hill of Glory. Traditionally, thousands of Yalta residents came to the memorial to celebrate the most important holiday for our people. 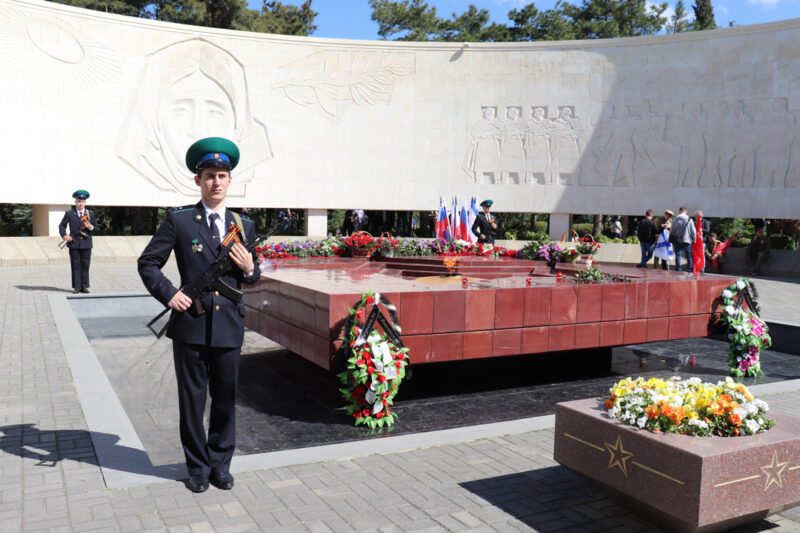 How great it is to live in a huge multinational country in peace and harmony, enjoy the beautiful weather, peaceful sky. This is what our grandfathers and great-grandfathers fought for. Unfortunately, not everyone learned the lessons of the Great Patriotic War. And so today our great Russian army is once again fighting to liberate not only Ukraine, but the whole world from Nazism. We have everything for this victory, we have the will of our people, the power of our state, the wisdom of our Supreme Commander-in-Chief, President of our Motherland Vladimir Vladimirovich Putin , — said the head of the administration of Yalta, Yanina Pavlenko, in her welcoming speech. 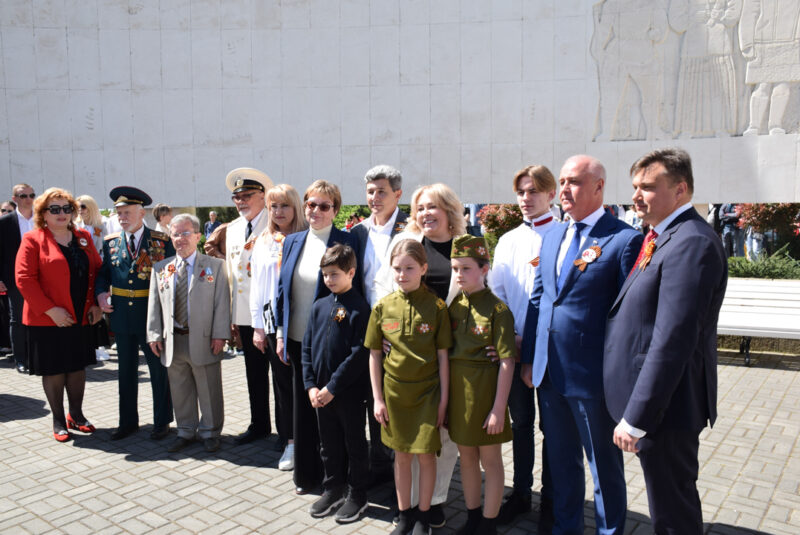 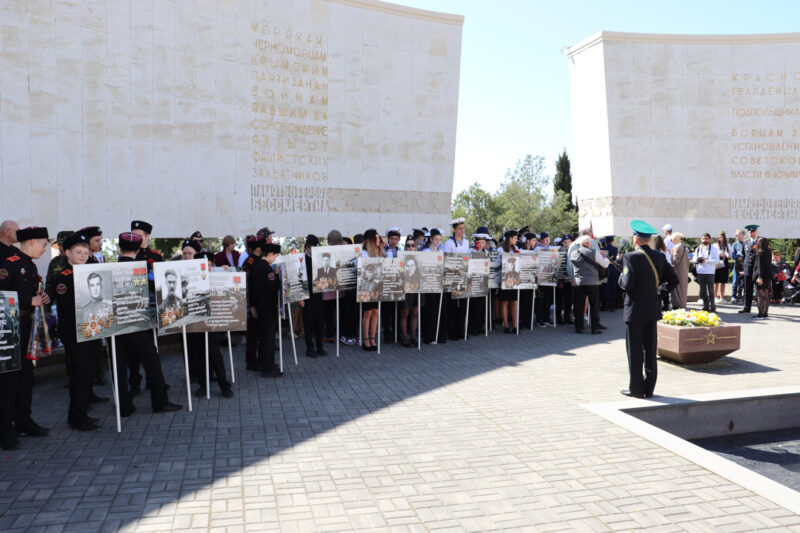 This is a sacred day for all Russians. And no matter how many years separate us from the Victorious May 535 of the year, this date will always evoke the brightest, sincere and reverent feelings in us. The war affected almost every Soviet family. Carried away millions of lives. Our country went through all the losses of the war years, withstood and won a crushing victory over Nazism. The duty of each of us is to never forget at what cost the Victory was given to us and always honor the memory of the departed Heroes , — he said.

Deputies of the State Council of the Republic of Crimea, veterans, the Yalta military commissar, public figures, the dean of the Yalta district also addressed the Yalta residents and guests of the city on the Hill of Glory with welcoming speeches. Pupil of the 6th grade of school No. Sofia Zarubina read a poem by Yevgeny Yevtushenko “They want Russian wars? The memory of those who died during the Great Patriotic War was honored with a minute of silence. 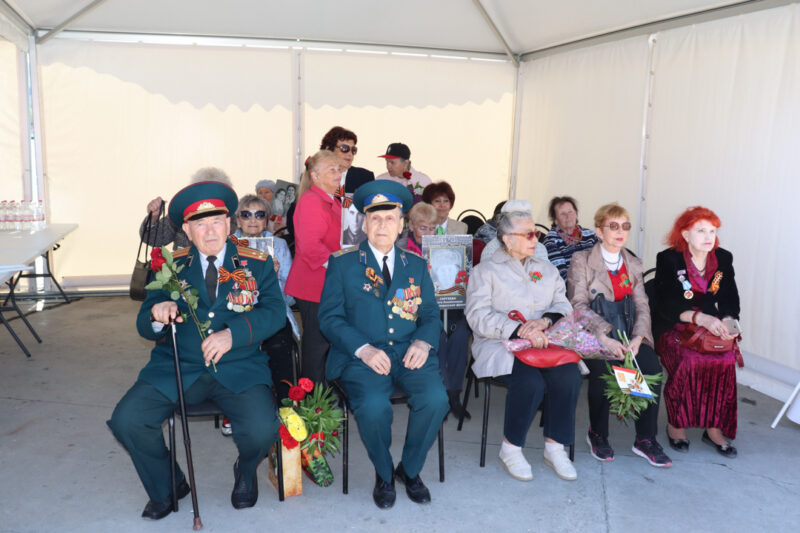 At the end of the rally, the participants of the event laid wreaths and flowers at the Eternal Flame.

In Alupka, the center of the celebration of Victory Day was Milyutinsky Park, where the traditional May Day took place. People laid flowers at the tomb of the Unknown Soldier, and the Immortal Regiment campaign was also held here. 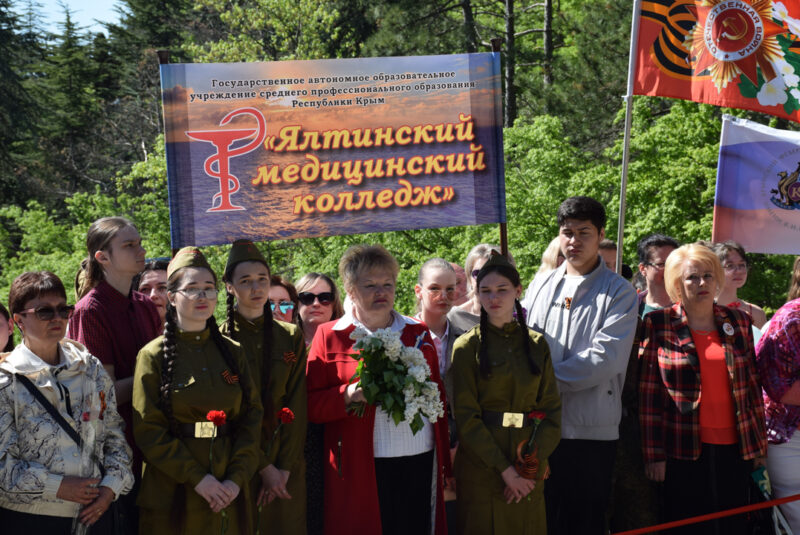 In Gurzuf, the «Immortal Regiment» took place at 9 am, and after it, a rally and flower laying took place in the Gurzufsky sanatorium. The celebration continued with the concert «Songs of Victory». In Massandra, Victory Day was traditionally celebrated at the Red Stone cordon near the monument to the fallen partisans. In Livadia, a solemn laying of flowers at the Mass Grave took place. In the village of Gaspra, a celebration and a concert in honor of the Victory Day were held on the territory of the Yasnaya Polyana sanatorium. In Koreiz, after the action «Immortal Regiment» was held at the grave of the dead Soviet soldiers, a festive concert «Songs of Victory» was held in an open area.

Simeiz on Victory Day was marked by the actions «Great-grandchildren of Victory» and «Immortal Regiment», a rally of Memory, a theatrical concert «Songs of Victory!» and the performance of the show — the group «Walk Soul». During the day, a field kitchen also worked in the village. In Foros, residents laid flowers at the mass graves in Oliva and the park of the Foros sanatorium, where the rally took place. A festive concert was also held in Oliva, and in the center of Foros, members of the amateur association Camperia performed, which was replaced by a cover band. A field kitchen and karaoke «Songs of Victory» also worked there.

Also, in honor of Victory Day, Yalta activists organized a patriotic rally. Above 77 cars with patriotic symbols and motorcyclists of the club «Night Wolves» started from Nikita, proceeded through the center of Yalta and headed towards Simeiz, finishing near Botkinskaya Street and joining the Immortal Regiment campaign.

About 3 thousand people took part in the Yalta Immortal Regiment. To the accompaniment of a brass band, accompanied by reenactors and cadets of secondary school No. , the column proceeded along the embankment to the festive stage.

The celebration of Victory Day continued with a concert on the Yalta embankment and ended with colorful fireworks. 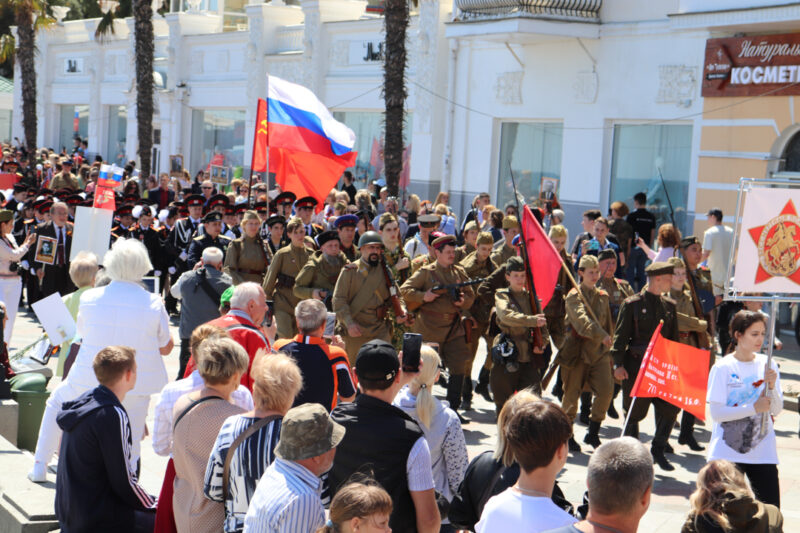 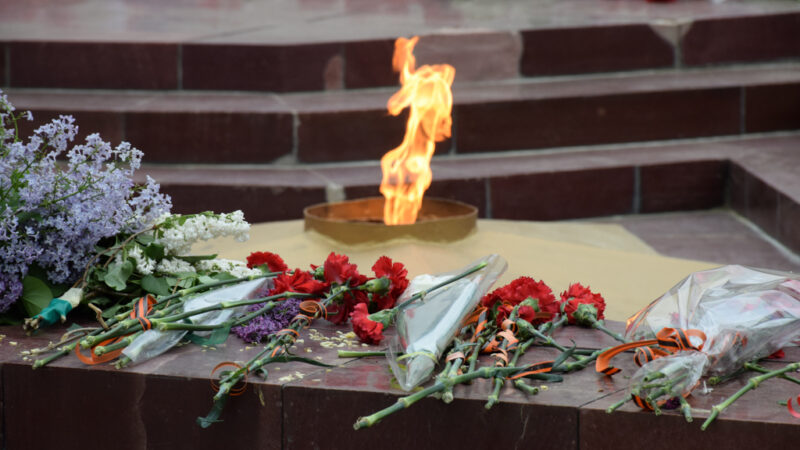 In Sevastopol, the 4th class of fire danger has been established. First time in 2022

In Kerch on May 7 — the dress rehearsal of the Victory Parade. In the morning…