How did Sevastopol celebrate the new year? Festive exercises and a run of promises 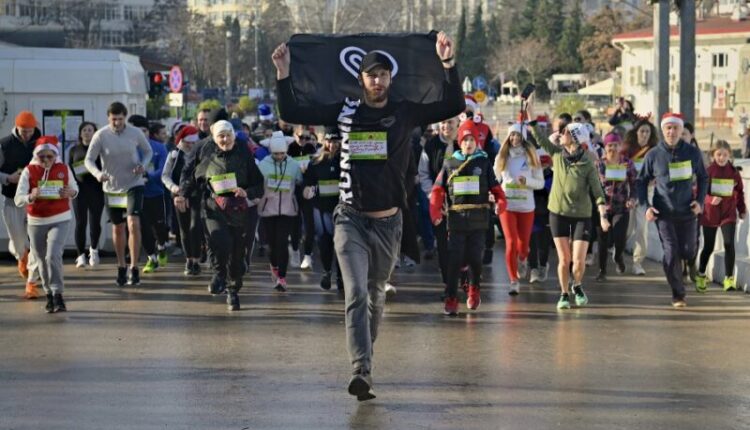 The morning of January 1 in Sevastopol began with exercises and the Promise Run. Both children and youth, as well as older Sevastopol residents took part in sports events.

The residents of the Hero City started the New Year with sports. This is a good start, and we hope that throughout the year Sevastopol residents will remain active participants in sports events , — the press service of the Government of Sevastopol quotes the head of the department for youth and sports, Sergei Reznichenko.

Charging took place today at Nakhimov Square at : . Sevastopol residents performed exercises with music and under the guidance of a coach. And in 11: 11 started the Promise Run from the Square 413-anniversary of the Russian fleet /one. The goal of a race is not time or speed. The inhabitants of the city did not run to the finish line, but to the fulfillment of the desire that they wrote before the start. Anyone: run a marathon, learn English, learn to swim, plant a tree, or even buy an apartment.

The best start to the year is sport. As you know, movement is life, so we began to live in the new year actively, together with the fulfillment of desires , — notes Tatyana, a participant in the race.

As a reminder, the Promise Run is an international open holiday run for anyone who wants to run towards a dream.

photo: press service of the Government of Sevastopol366431

Find out more:  Eight primary branches of the “Movement of the First” opened in Sevastopol
Share

Experts about 2022: the year was difficult for the Sevastopol real estate market, but people solved housing issues